Kevin Brown, a professor at Indiana University Maurer School of Law-Bloomington, says he feels a responsibility to pursue accountability for police who abuse their power.

Kevin Brown, a longtime professor at Indiana University Maurer School of Law-Bloomington, says he is preparing to file a civil rights lawsuit against a police officer who he says pointed a gun at him during a traffic stop after which he was handcuffed and arrested.

Brown, who is African-American, said his race was likely a factor in his aggressive treatment during the stop last fall. The Indianapolis police officer who made the stop, Emily Perkins, is the subject of an internal police investigation after she was recorded pepper-spraying patrons at an area nightclub earlier this month, and has been placed on administrative duty in connection with that incident. (The Indianapolis Metropolitan Police Department’s legal advisor, Melissa Coxley, declined Tuesday to comment on Perkins’ handling of Brown’s traffic stop, citing the pending nature of the litigation.) Brown said the suit has been in the works for months but that the pepper-spraying incident prompted him to go public sooner than planned. 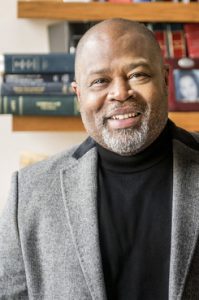 How I Started My Own Law Firm: 'I Like Having the Freedom to Make My Own Decisions,' Says Kelly Burris of Burris Law