"The brutality of the political arena is merciless," says Georgetown Law's Emma Coleman Jordan, who was on the team advising and guiding Anita Hill in 1991 when she testified against Clarence Thomas at his U.S. Supreme Court confirmation hearing. Jordan and a colleague, Susan Deller Ross, offer insight, as Congress prepares for the possibility of the airing of misconduct claims against Supreme Court nominee Brett Kavanaugh.

By Marcia Coyle | September 17, 2018 at 06:08 PM | The original version of this story was published on The National Law Journal
X

The 27 years since the Clarence Thomas confirmation hearings have not dimmed the memory for two of Anita Hill’s lawyers, and they have some lessons—and advice—for the California psychologist who is making a sexual assault allegation against U.S. Supreme Court nominee Brett Kavanaugh.

In 1991, Emma Coleman Jordan had just become the first African-American president of the Association of American Law Schools when news broke that Hill was coming forward with sexual harassment allegations against President George H.W. Bush nominee Thomas. Susan Deller Ross, a nationally recognized civil rights and discrimination expert, was and still is a member of the Georgetown University Law Center faculty, where Jordan also now teaches. 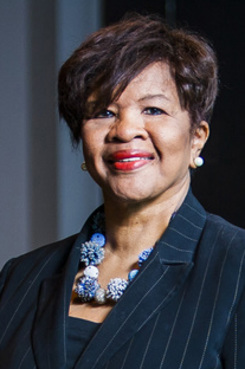 Jordan knew Hill since they had been on a panel together discussing commercial law. She decided, she said, to call Hill, then a professor at the University of Oklahoma Law School. “I asked her if she had legal representation,” Jordan recalled. “She said, ‘No,’ and my mouth flew open because they were already saying she was going to testify.”

If confirmed, Cobb would be the third Black woman currently on the D.C. District Court and only the fourth Black woman ever appointed to that bench.