Long before his nomination to serve as an associate justice on the U.S. Supreme Court, Brett Kavanaugh got his start clerking for Walter K. Stapleton, the influential federal judge who has served as a mentor to some of the most prominent figures in Delaware's legal community.

Long before his nomination to serve as an associate justice on the U.S. Supreme Court, Brett Kavanaugh got his start clerking for Walter K. Stapleton, the influential federal judge who has served as a mentor to some of the most prominent figures in Delaware’s legal community.

Kavanaugh’s work for Stapleton in 1990 came before a clerkship on the U.S. Court of Appeals for the Ninth Circuit and, eventually, a stint with U.S. Supreme Court Justice Anthony M. Kennedy, the man he now hopes to replace. 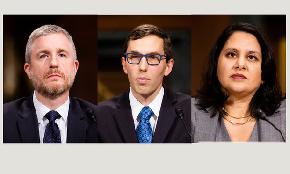