We’ve ranked the top 50 law schools according to the percentage of their 2017 juris doctor graduates who took associate jobs at the largest 100 firms.

New associate hiring held strong in 2017, with the country’s largest 100 law firms bringing on 4,199 recent law graduates. Among the 50 schools most popular with those firms, 29 percent of last year’s graduates landed associate jobs, up slightly from the previous year.

We’ve ranked the top 50 law schools according to the percentage of their 2017 juris doctor graduates who took associate jobs at the largest 100 firms. To determine the largest 100 firms, we used The National Law Journal’s annual survey of law firms by lawyer head count. We also looked at which law schools saw the most alumni promoted to partner in 2017, which firms hired the most associates, and how each school’s tuition compares to its Big Law placement rate. Explore the data below for a closer look at how large firms hire new associates. —Karen Sloan 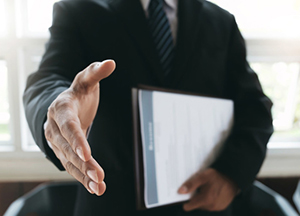 Judges have split on some of the more than 200 tuition refund cases filed by college and university students, with some surviving motions to dismiss and others not.