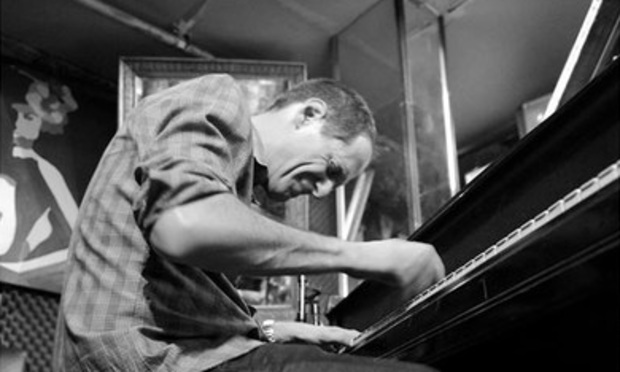 When Jonny King was 10 years old, his parents took him on a jazz cruise to the Bahamas, with trumpeter Dizzy Gillespie headlining. It was 1975.

Ed and Ruth King preferred classical symphonies. But they were struck by their son’s early tilt toward jazz and his ability to plunk out songs by ear on the piano, or make them up on the spot.

Having hung out at clubs around New York (his mom befriended a lot of bartenders and managers to get him in), he met greats like Oscar Peterson and Cannonball Adderley, announcing himself as a jazz pianist. But even Ruth King was surprised when, during one evening’s show aboard ship, Jonny King rushed the stage in response to Gillespie’s call-out for audience members to join in a jam. “I tried grabbing his sleeve but there was no keeping him from the bandstand,” she remembers.

“I played some boogie-woogie and a 10-year-old’s idea of bebop—whatever it was, I seemed to kill it,” King recalled recently. “The rest of the trip people were asking for my autograph, and I got to pal around with Dizzy and the band. I pretty much knew at that point I was meant to be a jazz musician.”

Four decades later, King has more than delivered on that promise. Sitting in with heavyweight drummer Art Blakey while in his teens, and later owning a slot at storied jazz bar Bradley’s in Greenwich Village, King went on to play with the leading Young Turks of his era. That includes saxophonists Joshua Redman, Kenny Garrett and Joe Lovano, trumpeters Randy Brecker and Roy Hargrove, vibraphonists Joe Locke and Steve Nelson, guitarist Freddie Green, bassist Christian McBride and drummers Billy Drummond and Peter Washington. Reviewing an early CD, Downbeat magazine called King “one of the strongest piano voices of a new generation and a bandleader who kicks ass.”

King also became a prolific composer, despite limited formal training and poor sight-reading skills. Alto saxophonist Steve Wilson, recently touring worldwide with pianist Chick Corea, says, “I could record an entire album of Jonny’s songs—make that a double album—and be happy. All his tunes are hip and well thought out, they’re challenging and playable and full of surprises, rhythmically and harmonically. It’s amazing what he doesn’t know, because he knows so much.”

But for all the success there are noticeable gaps in King’s output. His website lists sporadic performance dates, with months falling between gigs and rarely beyond smaller New York venues like Small’s and Mezzrow in Greenwich Village. And he’s recorded only four albums as a leader, the last in 2012, leaving an extensive original songbook uncaptured. As Wilson, who appeared on King’s 1997 CD The Meltdown, puts it: “Even after all these years of playing at a high level, Jonny may be the best-kept jazz secret in New York—not among fellow musicians, but among the listening public.”

King is well aware of his lower profile. “Some people think I was sick or they come up after a set and ask, how come we never heard of you before?” he says. In fact, it’s remarkable he can sustain any musical career given that he leads a double, unmusical life—as a trademark and copyright litigator for one of the country’s top intellectual property law firms. 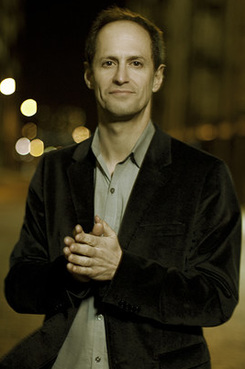 While most of his peers are touring, rehearsing, recording or teaching, King—whose day-job name is Jonathan Z. King—is prepping witnesses for deposition, reviewing expert reports and arguing in court or before the Trademark Trial and Appeal Board on behalf of major drug companies, brand-name apparel firms and music conglomerates. He’s notched landmark wins, including cases involving trademarking internet search terms and copyrighting the resale of digital files.

As if his trial practice isn’t consuming enough, in 2013 the partners of King’s firm in New York—Cowan, Liebowitz & Latman, where he started as an associate in 1994—elected him chairman. The elevation pulled him into oversight of administrative matters on compensation, hiring, policy and recently, a move into fancy new digs on West 47th Street. Although a boutique with only 40 lawyers, Cowan Liebowitz represents name clients like Major League Baseball, Donna Karan, Aventis Pharmaceuticals, J. Crew and Universal Music, giving King’s left-side brain a lot to keep track of.

King’s modest corner office gives no hint of his musical persona—though it also doesn’t display his framed diplomas from Princeton University (Phi Beta Kappa) and Harvard Law School (where he was classmates with Barack Obama). A recent visit found stacked boxes of fruit roll-ups, evidence in a trade secret case he’s been handling for longtime client Promotion in Motion, makers of Welch’s Fruit Snacks. On his desk sat bound briefs filed before the U.S. Court of Appeals for the Second Circuit; on the wall hung an artist’s sketch of King delivering his opening statement to jurors in a novel trademark case involving dashboard car fresheners (he won).

King’s colleagues are unfazed by his jazz commitments. Cowan partner Richard Mandel has heard King play only once in 23 years of working together and admits jazz is not his thing. But he calls King, with whom he’s double-teamed on numerous cases, “a brilliant lawyer—the total package. He’s a superb brief writer and great strategist who also has outstanding courtroom skills handling witnesses, juries and judges.”

“Cowan is by far the best firm we’ve worked with and Jonny is the principal reason,” she says. “In our case against Hershey the company threw a ton of money and resources against us, with a large trial team from Kaye Scholer, but Jonny simply ripped them apart with his courtroom abilities and his sharp analysis of trademark law supporting our case. He’s so smart and really understands our business, but is also incredibly unpretentious and down-to-earth. If there’s such a thing as a swinging trial lawyer, Jonny is it.”

There was drummer Pete La Roca, a firebrand who played with John Coltrane, Sonny Rollins and Freddie Hubbard but disappeared from the scene in 1968 to pursue a law degree at New York University. He returned a decade later, performing under his given name, Peter Sims, and even won a copyright lawsuit against a record label for re-releasing one of his albums under Chick Corea’s name. And these days, clubs in Washington feature a pianist-lawyer named Andrew Adair, who’s also a Capitol Hill lobbyist for a physicians’ trade group.

More than a performer, King is also a gifted writer about jazz, having authored a highly praised “insider’s guide” called “What Jazz Is” (Walker Books). It begins with an enticing scene-setter: