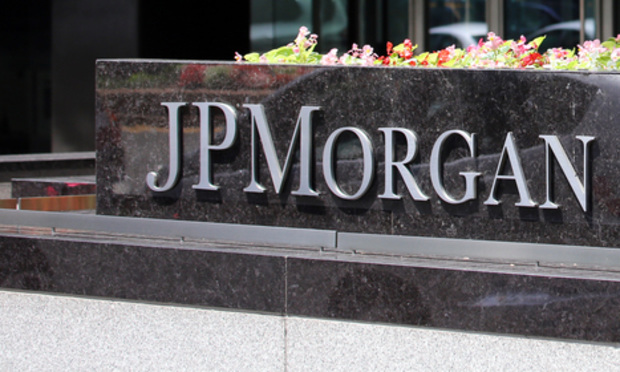 McGuireWoods partner William Doyle Jr. in North Carolina, a lawyer for JPMorgan, was not immediately reached for comment Monday. Doyle, who joined the firm in 2015, formerly served as deputy director of the Labor Department’s Office of Federal Contract Compliance Programs, the enforcement and regulatory arm that conducts compliance review of contractors.

A Labor Department spokesperson declined to comment Monday about the Administrative Review Board ruling. A representative from JPMorgan also did not immediatelty comment.

The Labor Department sued JPMorgan for alleged violations of an executive order that forbids federal contractors from discriminating against employees on the basis of race, color, religion, and sex. A review conducted by the Labor Department’s contract compliance division said JPMorgan since May 2012 had paid 93 women in four categories—including project management and technology—less than male colleagues in the same roles.

“The company continues to fall short of its obligations, compensating a group of female employees significantly less than their male counterparts and thereby failing to eliminate sex discrimination from its compensation process,” according to the Labor Department’s complaint. Federal regulators said the pay disparity “remains after adjusting for differences in legitimate compensation-determining factors.”

The Labor Department said it presented its findings to JPMorgan in March 2015 and provided “corrective actions” that the financial institution could employ to resolve the alleged violations. The agency a year later moved to begin the enforcement action after failing to reach voluntary compliance through “conciliation and persuasion.”

The complaint against JPMorgan was filed on Jan. 17 by then-Labor Department solicitor M. Patricia Smith, now senior counsel at the National Employment Law Project in Washington. The Trump administration in September nominated Washington-based Kirkland & Ellis litigation partner Kate O’Scannlain for solicitor, the Labor Department’s top lawyer. Her confirmation hearing is not yet scheduled.

The Trump administration has suggested making changes to the Labor Department’s federal contracts compliance office, merging the division into the U.S. Equal Employment Opportunity Commission. Trump officials contend the move would reduce the regulatory burden on employers and give workers “one door” in which to bring workplace discrimination claims. The proposal drew criticism from both labor advocates and the business community.