Debate on Gender Pay Equality Not Going Away Anytime Soon

“How much were you paid at your last job?” This common, seemingly innocuous question that is routinely asked during an employer’s pre-hiring process, could lead to disparities in salaries between men and women.

“How much were you paid at your last job?” This common, seemingly innocuous question that is routinely asked during an employer’s pre-hiring process, could lead to disparities in salaries between men and women. But, for many employers, the salary disparities between men and women performing substantially the same responsibilities may already exist. In Philadelphia, the prohibition on asking about an applicant’s salary history has become a hotly debated topic.  And, administrative agencies are continuing to investigate pay equity in the workplace. The time is now for employers to analyze potential pay inequities and to revisit their hiring practices that implicate pay equity.

While the Equal Pay Act (EPA) was passed over 50 years ago, pay equity remains a complicated and often divisive issue. The EPA requires that equal wages be paid to men and women who perform jobs that require substantially equal skill, effort and responsibility. However, current statistics show that income inequality persists between women and minorities, and their Caucasian male co-workers. For example, studies have shown that for every dollar earned by Caucasian men in Pennsylvania, women are paid 79 cents, African-American women are paid 68 cents, Latinas are paid 56 cents and Asian women are paid 81 cents. For years, courts, administrative agencies and employers have struggled to reconcile these significant disparities in pay. 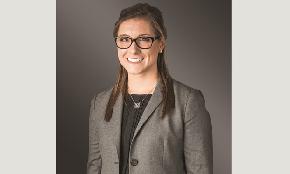 Avoid These Five Errors and Draft Your Best Legal Work

Start to define your career and stand out to your clients, internal and external. Practical Considerations for Protecting IP at the Employee On-Boarding Stage

Greater flexibility in remote working environments for employees has led to an increase in the revolving door of new and departing employees and greater challenges for employers to keep up with on-boarding and exiting procedures to protect corporate intellectual property rights. No Stay of Execution on a Money Judgment? No Problem, Court Panel Holds

Senior Judge Dan Pellegrini’s opinion for a unanimous three-judge panel addressed what had previously been an unresolved question of Pennsylvania law likely to be of great interest to appellate practitioners.