A discussion about the firm's practices and history that have informed its unusual culture and have landed it on Fortune’s “100 Best Places to Work” for the past 17 years.

As recently as a generation ago, the firm now known as Alston & Bird largely restricted its operations and clientele to the state of Georgia. A venerable institution dating to the late 1800s, the firm did represent major clients — CNN, Emory University, and Augusta National founder Bobby Jones, a former firm partner. But it was really an Atlanta fixture.

That began to change with the opening of its Washington, D.C., office in 1990, followed by a string of mergers and acquisitions over the next two-plus decades. Today the firm counts roughly 800 attorneys in 10 offices worldwide. It maintains cutting edge practices in cybersecurity and high finance, and its recent client list has included the likes of Bank of America, Delta Air Lines, Dow Chemical, Twentieth Century Fox, and Aflac. 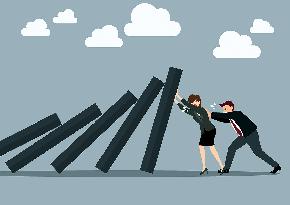 'Handicapped' Defense Bar, Deep-Pocketed Rivals and Nuclear Verdicts: The Insurance Industry Is Having a Reckoning

Both sides agree on one thing: Anger is a major factor in insurance-related litigation.