The Power of Niche: These Lawyers Supercharge Their Practices With a Focus on the Obscure

Some lawyers make a solid living—for themselves and their firms—by focusing on super niche areas of the law and unearthing obscure legal solutions.

Lawyers who practice in U.S. Food and Drug Administration rules and regulations often sub-specialize in specific areas—and those lawyers can often charge a premium for their service, said legal recruiter Stuart TenHoor.

“The riches are in the niches, so the saying goes,” said TenHoor, who has placed lawyers in fields like medical device approval, compound drug manufacturing compliance, and medical record data protection. “These lawyers are flourishing because they are known to be the go-to people in their fields.”

Committing to the Niche 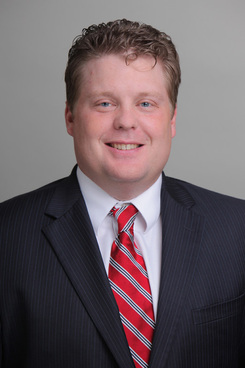 “[My] area of the law is a very, very small bar,” said Lee Rosebush, a partner at Baker & Hostetler who specializes in pharmacy law. “Off the top of my head, I would tell you there’s maybe three-to-five people who do what I do.”

Rosebush was a pharmacist before he was a lawyer, and unlike many people who change professions and let their previous license lapse, Rosebush remains a licensed pharmacist.

The reason, he says, is so that he can keep up to date with developments that impact his clients, and so he can demonstrate to them his understanding of their business.

Sometimes, a niche practice can lead to a mainstream practice years later.

In 2003, when Naveen Modi started out as a patent litigator at IP firm Finnegan Henderson Farabow Garrett & Dunner, he was very intentional in the cases he took—often to the surprise and concern of his colleagues.

“They worried I was specializing too narrowly,” he remembers.

Patent interference at the time Modi was pursuing matters was considered a soon-to-be-extinct area of the law, because the Patent Trial and Appeal Board (PTAB), opening in 2012, was going to have its own rules and procedures.

“People couldn’t understand why I wanted to focus on interference,” said Modi. But it turned out that along with the other areas in which he chose to focus, understanding interference gave Modi an edge over other lawyers appearing before the PTAB because even though the rules for AIA trials were new when the PTAB was formed in 2012, the philosophy behind interferences formed the basis for the PTAB’s rules for trials under the AIA.

“It turns out that if someone has those five pieces to their practice, they are very well equipped to handle any matter that goes in front of the PTAB,” said Modi.

From Fringe to Fundamental 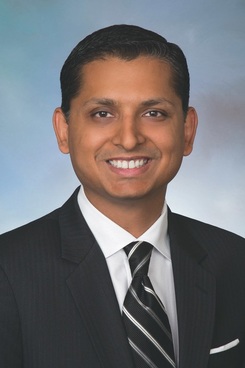 When PTAB began operations, Modi guesses the PTAB bar was probably less than 50 people, with only around 25 having had interference experience. Last month, the PTAB bar’s annual conference at the Ritz Carlton in Washington sold out with more than 500 guests.

Paul Hastings saw what Modi was doing and in 2014 asked him to come over and build a PTAB practice. The Am Law 100 firm realized that what many believed was a fringe practice—fringe even by IP standards—had the potential to become a fundamental offering for their clients.

As intellectual property became an increasingly strategic asset for its clientele, Paul Hastings’ PTAB practice quickly proved itself an important component of the firm’s holistic offering.

Modi’s dedication to a super niche area of the law paid off. In January, Modi became global co-chair of intellectual property at Paul Hastings.

Yet super niche isn’t just for individual attorneys. Many Beltway firms ply a respectable trade in extremely specific areas of the law.

Elias Law Group was formed last year by Perkins Coie’s former political law chair Marc Elias to fight voter suppression and gerrymandering. Sonosky, Chambers, Sachse, Endreson & Perry was established in 1976 with the sole purpose of representing Native American tribes. The lawyers at Wilkes Artis are recognized as the leading authorities in condemnation litigation, or litigation against a government exercising eminent domain to procure private property for public use.

But to succeed in D.C. with a super niche does not mean you have to specialize solely in one archaic area of the law. You just need to be able to unearth it or zero in on obscure matters, specific statutes, or new areas of the law.

New From the Old 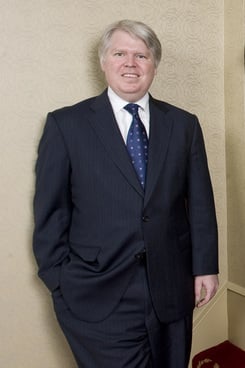 Michael Kirk, co-founder of prominent D.C. litigation boutique Cooper & Kirk, is a successful generalist litigator. But he is also the leading lawyer when it comes to suing the government over promises it made to manufacturers during the Second World War. In fact, in this lucrative but little-known area, he is likely the sole member of a bar association of one.

As America was entering the Second World War, the federal government turned to private industry to furnish its military with the equipment it needed to fight Germany and its Axis of allies.

Companies had to concentrate on maximizing their output, often at the expense of environmental concerns such as pollution. In return, the federal government indemnified manufacturers from the costs of cleanup and future liability. But decades later, when the harm of these activities was realized, the government was reluctant to honor those indemnities, said Kirk.

“The first one of these cases came in the 1990s, concerning a contract with Ford to manufacturer bombers at a plant in Willow Creek, Michigan. And I’ve had several cases on behalf of oil companies,” said Kirk.

The fast production of B-29s resulted in an environmental hazard in Willow Creek that lasted for decades. In the 1990s, the government expected Kirk’s client to pay for the clean-up and pay heavy fines for the pollution—forgetting the indemnification it had provided 40 years earlier.

Such cases, from different clients with similar wartime indemnities, have kept Kirk busy for more than 20 years. Each win brings another referral from another company that has found itself in the same situation.

“And these cases last a long time,” said Kirk, explaining that the government never settles “even if they know they can’t win.” Even once they have lost, the government can spend years quibbling over the bill in the U.S. Court of Federal Claims, he said.

“It’s very frustrating for the clients,” said Kirk. “But there’s no alternative but to keep fighting.”

Hamish Hume also worked on the Ford case when he was a young lawyer at Cooper & Kirk.

“I did a lot of work in the Court of Federal Claims when I was there,” said Hume, who has been at Boies Schiller Flexner’s Washington office for the past 17 years. 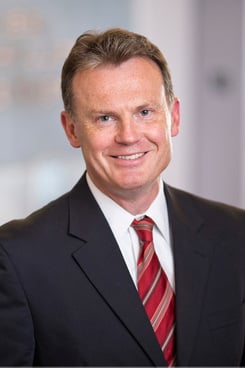 Hume, a generalist litigator, thinks his time at Cooper & Kirk—as well as his early career as a tax lawyer—has given him a certain appreciation for the niche.

Data analytics company Palantir had developed a successful product that it was selling to private industry and wanted to sell it to the government. But the government had a policy of only developing its own solutions from scratch, rather than buying products that were already in the commercial markets. Palantir was a Boies Schiller client who was looking for a litigator who knew this niche area of the law.

“In 1996, Congress had passed a statute saying government agencies had to give a preference to commercially available items—things the private sector had already developed—rather than designing bespoke products,” Hume explained, adding that the law was enacted after years of Pentagon waste. “Think $800 hammer.”

But the law had been largely ignored by the government and never been cited in a bid protest. Meanwhile, the federal government simply continued issuing tenders for designs from scratch, rather than purchases of existing solutions.

“We used the statute to invalidate a solicitation issued by the U.S. Army,” said Hume.

Since then, Hume has become the go-to lawyer in D.C. for companies wanting to challenge the government over this very particular bid protest.

“It doesn’t matter how broad your practice is, if you look hard enough and have a good understanding of the law, you can find these niches and make them your own,” said Hume.