"I don't see why we don't observe regular order and allow him to rule," Judge Karen LeCraft Henderson said at one point during Friday's hearing in the D.C. Circuit. Flynn's lawyer, Sidney Powell, argued there was no longer any case or controversy, and the trial judge must dismiss the case against Flynn, at the request of the Trump Justice Department.

A federal appeals court appeared unwilling Friday to order the immediate dismissal of the case against Michael Flynn, displaying skepticism of the former Trump national security adviser’s argument that a judge overstepped his authority when he appointed an outside lawyer to oppose the Justice Department’s abandonment of the prosecution. “In short, it is too early in the case to determine which, if either, of the parties’ competing versions of the relevant facts is correct,” U.S. District Judge Randolph Moss wrote in Thursday's ruling, a blow to the U.S. Justice Department. 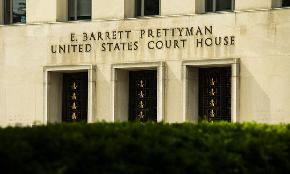 At Tuesday’s hearing, Jeffrey Wall, the acting U.S. solicitor general, acknowledged the D.C. Circuit’s skepticism about issuing an order that would force the dismissal of the Flynn case. He suggested that the court send U.S. District Judge Emmet Sullivan instructions to limit his review.