The office will be 200-lawyer Parker Poe's first outside the Southeast.

Parker Poe Adams & Bernstein is absorbing most of a Washington, D.C.-based firm to open a new office in the city, establishing its first full-service outpost outside the Southeastern U.S.

Parker Poe, a 200-lawyer firm headquartered in Charlotte, North Carolina, said in a press release Thursday that it’s joining forces with Leftwich, a minority and women-owned firm in Washington. Leftwich is shuttering its doors as a law firm, and five of its attorneys are moving to Parker Poe’s new D.C. office: Thomas Bridenbaugh, Nicholas Penn, Sherry Bellamy, Scott Burrell and Roderic Woodson. The increased focus on alignment between sector and geography is particularly noticeable with emerging tech hubs like Seattle, Boston, Texas and Salt Lake City. 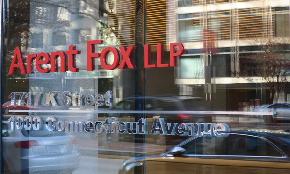 The firm's strong performance in 2019 had leaders eying new markets, including a presence in Chicago. Now it is cutting pay across the board.