How New Partners Can Succeed: Act Like a Business Owner And Remember You're Not in the Hunger Games

Leaders at Quinn Emanuel, Linklaters and Reed Smith are among those sharing their advice for the new partner generation.

Partner promotion season is nearly over. It’s been a record breaking year for a number of firms, with Addleshaw Goddard, Kennedys, and Herbert Smith Freehills among those promoting their largest ever cohorts.

For those fresh into partnership, several seasoned partners at top law firms including Linklaters, Quinn Emanuel Urquhart & Sullivan and Hogan Lovells share their advice, including: don’t behave like you’re in the Hunger Games, buy senior partners lots of coffees and think like a business owner… 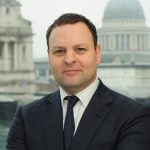