Cleary Gottlieb Advises on $3.24B in Financing for Chile

The South American country came to market to help finance its COVID-19 relief and recovery efforts during a strict lockdown to contain the virus.

Cleary Gottlieb Steen & Hamilton has represented the Republic of Chile in two debt offerings registered with the U.S. Securities and Exchange Commission, plus on financing for Chile’s state-owned copper company as the South American copper giant tapped markets to help finance its COVID-19 relief and recovery efforts.

Codelco is the largest copper producer in the world, with approximately 6% of global copper reserves, and is the largest company in Chile. As a wholly state-owned enterprise, Codelco contributes all of its net income to the central government’s budget through profit transfers.

Chilean President Sebastián Piñera declared a state of catastrophe over COVID-19 on March 19 and announced a series of extraordinary economic relief measures aimed at protecting health, salaries and employment in light of the outbreak and its impact on the global economy.

Piñera’s $12.1 billion emergency economic plan is equivalent to 4.8% of Chile’s gross domestic product. As part of that plan, the government authorized up to $4 billion in additional debt issuances in capital markets this year to help cover $10 billion in costs incurred in 2020.

Chile has adopted one of the strictest lockdowns in Latin America, having closed its borders on March 18 and mandated curfews in much of the country. Residents of some districts must seek permits to shop for medicine, food or to visit medical facilities.

“The measures implemented so far following the COVID-19 outbreak, together with lower external demand and tighter international financial conditions, have resulted in a slowdown in economic activity that will adversely affect economic growth in 2020, to a degree and for a duration that we cannot quantify,” the government of Chile said in a May 1 prospectus for the sovereign debt offerings.

The government estimated that Chile’s gross domestic product will contract by at least 2% in 2020, and possibly more if restrictions are prolonged to control the contagious disease.

The emergency economic measures include a $2 billion injection into Chile’s unemployment insurance fund that can be drawn by workers who must stay home and are unable to work remotely, or who have experienced wage cuts or a reduction in work hours.

The government has also rolled out $2 billion in emergency payments for low-income Chileans, financing for small businesses and suspended or delayed a host of taxes.

As of May 1, the Chilean Health Ministry had spent $1.4 billion to increase health personnel and the number of hospital beds, purchase technology and medical equipment, and enhance medical staff training.

The Codelco transactions are key to shoring up Chile’s public finances. The company contributed $1 billion to government revenues in 2019, while private mining contributed $2.7 billion, according to the sovereign bond prospectus.

Amy Guthrie is Law.com International's Latin America correspondent, based in Mexico City. She covers legal and business issues, including law firms, in-house counsel, and regulatory matters across Latin America. She can be reached at aguthrie@alm.com 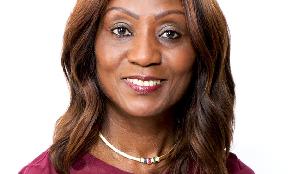 This is the first GC role for Oyesanya. 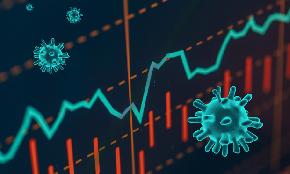 Freshfields also acted on the deal, the largest capital raising by a UK-listed company in the past 12 months.

Compliance with the Hart-Scott-Rodino Antitrust Improvements Act is critical when handling acquisitions and mergers. The initial Notification and Report Form must be c...