Deals will be scarcer, slower and tougher to make this year, lawyers say.

This was supposed to be an easy year for M&A in France. A business-friendly government, the prospect of a Brexit-related influx of investment and the availability of plentiful financing at low interest rates all promised to keep the deal pipeline full and M&A teams busy at firms of all sizes.

That was before COVID-19 took easy off the table and replaced it with complicated and unpredictable. The battle in France against the novel coronavirus pandemic entered a critical phase this month that is expected to last eight to 12 weeks, at least. A nationwide lockdown that started March 17 is likely to be extended beyond its initial 15 days.

The uncertainty is already affecting deals in progress by making them tougher to negotiate, and it will probably slow down or derail new deals for the rest of the year, M&A lawyers practicing in France told Law.com International.

“Part of a lawyer’s training is to imagine the worst,” Christopher Mesnooh, a partner and cross-border M&A specialist at Fieldfisher in Paris, said Friday. “That is remarkably good training for the current situation.”

The coronavirus outbreak “will become a complicating factor in every phase of future M&A process, even if the evolving market may generate opportunities for buyers,” Laurent Bensaid, a partner and head of the M&A practice at King & Spalding in Paris, wrote in a client letter this week.

“The deals we are in are now somewhat neutralized by the situation and by the uncertainty of how long it is going to last,” Bensaid said in a phone interview.

Due diligence, material adverse changes or MAC clauses and ordinary course of business covenants are just some of the areas that will attract particular scrutiny now, he added.

“For many questions, it is still far too early to answer,” Mesnooh said. “So far, we have been working as normal with the U.S. and the U.K., but they are a few weeks behind Europe in this crisis.”

A study led by a Columbia Law professor, Eric Talley, found that more than 150 deals worth a collective half-trillion dollars were waiting to close before the coronavirus crisis hit.

“Deals will move forward, but some parts of them will slow down,” Mesnooh said. “Meetings can take place by video, but if you are involved in a deal that requires inspecting facilities, that’s not going to happen anytime soon, and that will delay things.”

Pricing is likely to be a point of tough negotiation on both sides of a deal, lawyers said. From earnouts based on future performance, to the value of assets, to the effect on borrowing rates of huge infusions of cash from central banks to prop up economies—all of these will need to be recast for deals in progress and are potential sticking points in deals to come.

“Many of the current deals were calculated three to six months ago, when the world was a very different place,” Mesnooh said. “Will sellers accept a renegotiated price? Will buyers demand new conditions? This will probably become an issue.”

Financing will be another, lawyers said. The CAC-40 stock index has rebounded recently on news of stimulus measures but is still down 33 percent in the past month as the crisis has worsened.

Despite the fact that reassurances from the French government and the European Central Bank have helped shore up bond prices, Bensaid said he knew of two U.S.-based private equity funds that had halted all deals in progress in France because of uncertainty about the direction of capital markets.

“People with cash will have the upper hand,” Mesnooh said.

Bensaid described a deal he is involved in at the moment: The buyer has agreed to go through with it, but on two conditions—a meeting in a month to assess the availability of financing, and a second meeting a month after that to review the target’s finances, reserves and prospects.

“Only after those two tests are passed will the deal go through,” he said. “Given the current uncertainty, that is the best we were able to obtain.”

As in previous economic downturns, M&A activity is likely to become more selective, focusing on sectors that have underlying fundamental strength or perceived promise, lawyers said.

Bensaid likened the probable fallout of the COVID-19 crisis to what happened in the 2008 financial crisis: “It will reveal companies that do not have a solid business model, and it will make it much harder for marginal borrowers to secure financing,” he said.

Bedrock sectors like health care and food should not be impacted by the crisis and may in fact look even more attractive to investors after it is over, he said.

“The crisis is showing the value of the French health system,” Bensaid said. “The government recognizes this in every decree and makes resources available to it as a first priority. If anything, it may come through even stronger than before and be an attractive place for investment.”

Other sectors where France has strong players that are likely to survive or even thrive are technology, including telecommunications; energy, including alternative energy; and education, especially institutions involved in distance learning, Bensaid said.

Travel and tourism may find “opportunistic” investors for strong brands, he added, and apparel retailing is likely to suffer longer-term, especially in the “affordable luxury” sector—below luxury and above mass market—where France has many midsized players.

Because of the fast-moving nature of the crisis and the potential for anxiety among clients outside France, lawyers said communication was becoming a more important part of their everyday practice.

Mesnooh said he had started sending daily written reports to keep clients up on the situation on the ground: what the government has said, the state of play in the courts and law offices, and so on. “This is not necessarily something they will get directly from the French-language press or even the foreign press,” he said.

One source of optimism about France, Bensaid said, is that the government has already committed trillions of euros—“whatever it takes,” in the words of President Emmanuel Macron—to support French business and workers through the crisis.

“2020 may not be a great year, but the economy will restart and there will be good opportunities for resilient businesses with strong business models,” Bensaid said. “If the crisis lasts longer than expected, then we are facing very different times.” Longtime T-Mobile Outside Counsel to Become Company's Next GC Five Elite Firms Lead on €5.1B Sale of T-Mobile Netherlands to Buyout Consortium 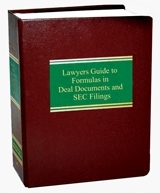 Lawyers Guide to Formulas in Deal Documents and SEC Filings