Chancery: Control and the Doctrine of Inherent Coercion Preclude Summary Judgment Based on Disinterested Stockholder Approval The ruling may dissuade policyholders from seeking D&O coverage for appraisal actions sought by shareholders who opposed a transaction. 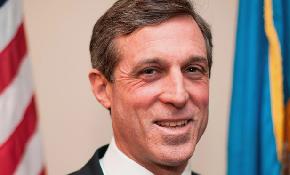 “When you are number one, you want to stay number one, and that means constantly improving how we service clients and how we help them meet their business objectives.”