The ideas and initiatives that changed the world of big law over the past half century, and the people behind them.

Big Law is notorious for its hidebound habits, but over the last 50 years a few dozen men and women have had an outsize impact on the profession. Our research and reporting teams spent six months looking for the people whose ideas, policies, and practices have left an indelible mark on the legal industry over the last five decades. These lawyers, academics, clients, and business executives range from the familiar (Thomas Sager and the DuPont Legal Model are to the legal industry what Derek Jeter is to the Yankees) to the obscure (Quick: Who invented the poison pill?) The innovators are a varied group. Some, such as long-serving Skadden, Arps, Slate, Meagher & Flom’s managing director Earle Yaffa, blazed a trail for other C-suite executives. Others, like Slater & Gordon managing director Andrew Grech, who led the first law firm IPO, appear to be ahead of their time. Most importantly, all of these people promoted ideas that were embraced in some form by an industry not known for its innovation. Sometimes it’s not enough just to have a great idea—convincing others to adopt it is also worthy of respect.—Robin Sparkman 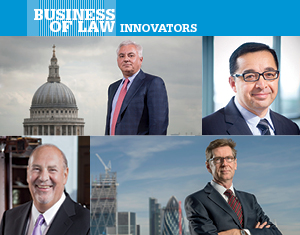 REENGINEERING THE LAW FIRM Law firms aren’t necessarily known as hotbeds of innovation. And yet the business of law has evolved dramatically in recent decades, thanks in great part to the efforts of these partners and managers. 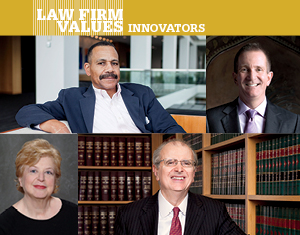 IT’S NOT JUST ABOUT THE MONEY Not so long ago, the ranks of the largest law firms were mostly filled with lawyers who were straight, white men focused almost entirely on revenue. Our innovators in this category weren’t content with the status quo. 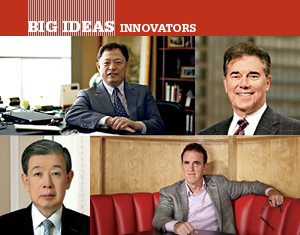 While the 12 individuals featured in our Big Ideas section come from around the world, they all have one thing in common: They imagined ways in which their firms could be different from the rest. 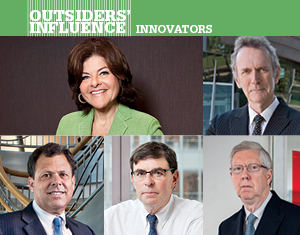 OUTSIDE, LOOKING IN Big-firm lawyers may think they have all the answers, but some of the biggest innovations affecting large firms have originated outside the large-firm world, with in-house counsel and nonlawyers. 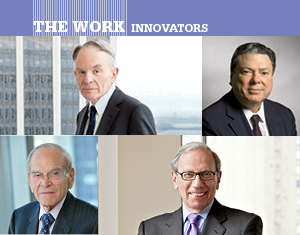 STARTING FROM SCRATCH It’s a good thing to rise to the top of one’s practice specialty—but creating your practice specialty from the ground up is even better. That’s what distinguishes these ten lawyers. THE LIST OF OUR TOP 50 INNOVATORS 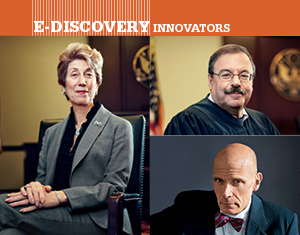