The accusations could provide fodder for a broader agenda set by President Andrés Manuel López Obrador to strengthen the national oil and electric companies and end reforms that opened the energy sector to foreign investment.

A watershed corruption case in Mexico could provide fodder for the government to undo the country’s 2013 landmark energy sector opening, which ushered in millions of dollars in investments and loads of work for lawyers.

Emilio Lozoya, who headed Mexican state oil company Pemex from 2012 to 2016, said in July that opposition legislators were paid to support the energy reform promoted by the government of Enrique Peña Nieto. The bribe money, he said, came from scandal-plagued Brazilian construction firm Odebrecht. 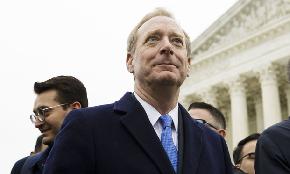 “To address our own waste creation, Microsoft will reduce nearly as much waste as we generate while reusing, repurposing or recycling our solid, compost, electronics, construction and demolition, and hazardous wastes,” Microsoft chief legal officer Brad Smith wrote in a blog post.