In light of reports claiming former CBS CEO Les Moonves obstructed an investigation of sexual misconduct allegations against him, here's a look at five ways board members can prevent harassment, and keep investigations independent.

By Caroline Spiezio | December 05, 2018 at 05:34 PM | The original version of this story was published on Corporate Counsel
X

More than a year into #MeToo, sexual harassment claims have hit company leaders in entertainment, law and other industries, and launched a series of internal investigations into misconduct.

But not all of those investigations have gone uninterrupted. According the New York Times, a drafted report for CBS’s board of directors claims former company CEO Leslie Moonves destroyed evidence and obstructed an investigation of his own sexual misconduct allegations.

Moonves’ alleged harassment and assault of women at CBS, as well as investigation tampering, gives the board justification to deny him his $120 million severance package, the report said. Adapting to the Future of Work: Rethinking Strategies in an Age of Remote, Virtual, and Online Operations

Companies need to drastically rethink how they design policies and programs to not only attract and retain top talent, but also maintain operations and grow their business in an age where (virtually) anything goes. Here’s what you need to know about what’s coming next for corporate America. 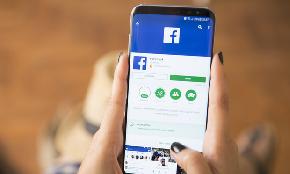 The Legal Risks of Targeted Ads: Lawyers Weigh In on Avoiding Anti-Discrimination Violations

A new suit against Facebook alleges the platform allowed advertisers to engage in housing discrimination. For platforms offering targeted ads, the suit is a warning to check advertiser policies and ad review processes.