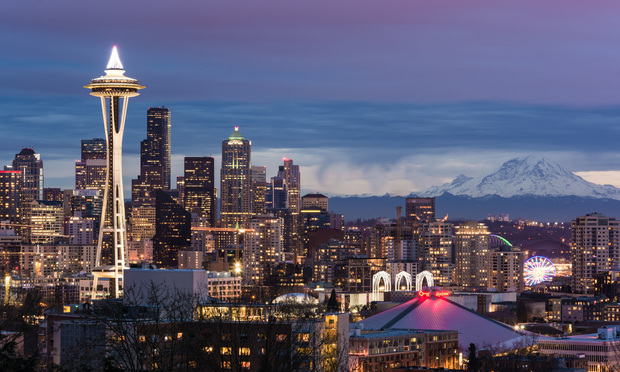 An Increasingly Acquisitive Polsinelli Sets Up Shop in Seattle

The Am Law 100 firm has opened its 21st office after opening an outpost in the Emerald City following its hire of an eight-lawyer team from a leading local firm, including its former CEO. 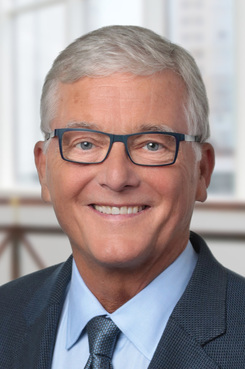 “Polsinelli certainly had a well-defined and client-focused reason for wanting to be in Seattle, and that was one of several distinguishing features I would say about the firm,” Kenyon said.

The lawyers joining Polsinelli from Foster Pepper include Kenyon and fellow partners Jessica Andrade, Stephen Fisher, James Fredman III, Kirsten Koester, Robert Mahler and Jane Pearson, as well as associate Adrienne McKelvey. The new hires work in a range of practice groups, including health care, government investigations, bankruptcy and corporate transactions. Mahler is a white-collar lawyer with a Band-1 ranking in Washington by Chambers and Partners.

Welsh said that Polsinelli, which in early 2016 bolted on the bulk of prominent IP-focused firm Novak Druce Connolly Bove + Quigg, has sought to bolster its West Coast operations in recent years. The Seattle opening, as well as other new offices in San Francisco in 2014 and Los Angeles in 2011 are part of that continuing effort by Polsinelli.

In Seattle, the firm will be entering a less-crowded market. The largest offices in the city are those of Perkins Coie, Davis Wright Tremaine and K&L Gates. According to ALM Intelligence, Perkins Coie is the only office with more than 300 lawyers, and Davis Wright is the only other firm to have more than 200 lawyers in Seattle. Foster Pepper is the sixth-largest firm in the city, according to ALM Intelligence, with 112 lawyers. 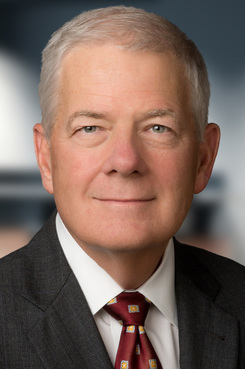 “We see Seattle as an opportunity, broadly, for practices where we’ve distinguished ourselves nationally—health care, tech, real estate,” Welsh said. “There are more [construction] cranes in Seattle than any city. I think it’s an overlooked market, but it won’t be overlooked by us.”

Seattle is one of the few growing large metropolitan areas in the northern half of the United States, according to a Seattle Times analysis of U.S. Census data. From 2016 to 2017, the city was one of just five U.S. metropolitan areas that saw a net increase in population from domestic moves. The other four cities were all in the so-called Sun Belt: Atlanta; Riverside, California; Dallas; and Phoenix.

Asked if Seattle would be the last office opened under his expiring watch as Polsinelli’s longtime leader, Welsh said, “Never say never,” before laughing and adding: “It’s likely to be, all kidding aside.”