A company that developed technology for "spread trading" claims its lawyers at Perkins Coie and Bracewell led it into a contract that failed to protect its interests against Morgan Stanley.

Electron, represented by Rachel Fleishman and Jeffrey Gross of Reid Collins & Tsai, lodged a legal malpractice complaint against the two firms late last week, alleging that Perkins Coie and Bracewell repeatedly failed to advise the company properly in connection with the Morgan Stanley contract. Under the deal, Electron granted Morgan Stanley the rights to the intellectual property on a technology system for “spread trades,” a form of trading in which investors simultaneously buy and sell related securities to try to capture price differences between multiple financial instruments. Revenue from Womble's GC Solutions, an ALSP contract attorney service, is up 33% year over year, said Jamie Francis, the Womble corporate partner who heads it. 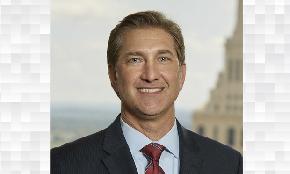 Bryan Zerhusen said the Am Law 100 firm had been losing intellectual property and life sciences lawyers, and Connecticut's Cantor Colburn offered the right support for his practice. Elite Firms Line Up for Grab's $40B SPAC Deal

The deal is expected to be the largest-ever U.S. equity offering by a Southeast Asian company.