While snow and other inclement weather in certain parts of the country scuttled the home openers of several Major League Baseball teams, the league's player's union marked the start of a new league year with a filing listing a long lineup of legal bills. 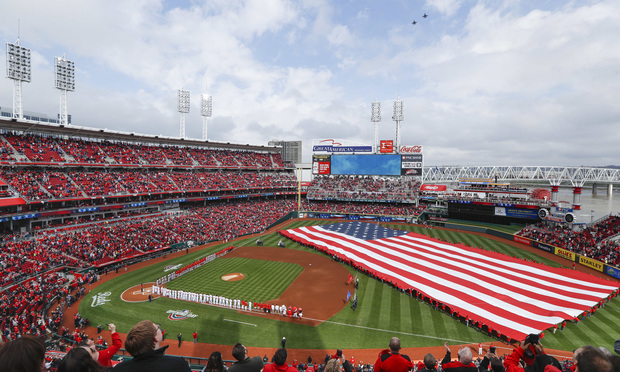 Spectators stand for the national anthem before an Opening Day game between the Cincinnati Reds and the Washington Nationals on March 30, 2018, in Cincinnati. (Photo: John Minchillo/AP)

Major League Baseball’s 2018 season started earlier than usual this year, with Opening Day occurring on March 29, and rain, snow and other inclement weather in certain parts of the country scuttling a spate of games.

The legal bills, however, are weather-resistant. The Major League Baseball Players Association made its annual LM-2 filing with the U.S. Department of Labor on April 2, and the document itemizes the New York-based labor union’s various expenses between Jan. 1, 2017, and Dec. 31 of that year.