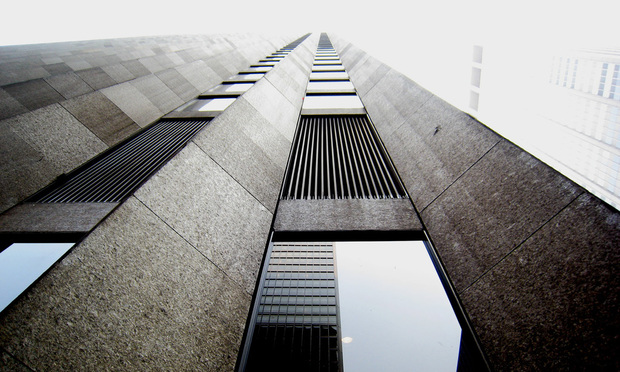 Selwyn Goldberg, a longtime partner at Wilson Sonsini Goodrich & Rosati in Silicon Valley, has relocated to New York and a new home at the Black Rock.

The home of Wachtell, Lipton, Rosen & Katz at the CBS Building in Manhattan.

While the market for lateral hires remains robust throughout Big Law, a few select firms perennially sit calmly on the sidelines.

Wachtell, Lipton, Rosen & Katz is part of that latter group, although its vantage point might be the most luxurious suite in the arena.

The storied Am Law 100 firm, which remains one of the nation’s most profitable despite having a mere 243 lawyers based out of its sole office in New York’s CBS Building, better known as the Black Rock due to its dark exterior, rarely reaches outside its elite ranks for legal talent.

Enter Selwyn Goldberg, a former senior partner at Wilson Sonsini Goodrich & Rosati in Palo Alto, California, where he once served as a member of the Silicon Valley stalwart’s policy committee. A Wilson Sonsini spokesman confirmed that Goldberg retired from the partnership in March and relocated to New York for personal reasons.

In an interview Wednesday, Goldberg said he started at Wachtell in an of counsel role about three weeks ago. The South Africa-born technology transactions expert—yes, he has met fellow countryman, entrepreneur and Wilson Sonsini client Elon Musk; the two mingled at the premier of HBO’s “Silicon Valley” several years ago—came to the United States in 1979 after graduating with an engineering degree from the University of Cape Town. He earned a master’s degree from Rutgers University before graduating from New York Law School in 1986.

Wachtell is home to several South Africans, including corporate partner Trevor Norwitz and real estate co-head Robin Panovka. Goldberg said he knew both lawyers from the rather small circle of South African expats working in Big Law stateside, but credited Daniel Neff, the co-chairman of Wachtell’s executive committee, with bringing him to the firm. The two lawyers met about a year ago, Goldberg said, but he didn’t need much convincing to come aboard. (Goldberg noted that a legal recruiter was not used in his move.)

Goldberg has family in New York and his two children are currently in college and graduate school in the area. He also started his legal career in the city, working as an associate at Cravath, Swaine & Moore and Weil, Gotshal & Manges in the late 1980s and early 1990s before heading to the West Coast in 1995 to join Wilson Sonsini. At the firm, Goldberg emerged as a frequent adviser on technology sector transactions, working on Wilson Sonsini teams that advised on mega-deals such as Toshiba Corp.’s proposed $18 billion sale of its chip business to a group led by Bain Capital LP and Microsoft Corp.’s $26.2 billion buy of LinkedIn Corp. in 2016.

“I think [Wachtell] wanted someone for IP and tech transactions,” said Goldberg, when asked how he came to be hired by the firm. “The M&A expertise is obviously already here.”

Goldberg, 61, said his departure had nothing to do with a recent turnover in the partnership at Wilson Sonsini, which late last year reshuffled its leadership following a spate of partner exits. Wilson Sonsini’s New York office was the scene of some of those departures, where corporate technology partners Adam Dinow and Sacha Ross led a group leaving for Cooley last summer.

Instead, Goldberg said he left on good terms with Wilson Sonsini and attributed his move as “very much a personal decision,” one grounded in the need to have a more permanent presence closer to his family and an eagerness to embark on a new—and likely final—chapter in his career. Asked about whether he has any aspirations to join Wachtell’s exclusive partnership, Goldberg laughed and said he is content in his current role.