The ministers said the government failed to show that providing the data is necessary to fight COVID-19 and ruled that the order violates privacy protections.

A majority of the ministers ruled May 7 that the measure announced by President Jair Bolsonaro on April 17 violates constitutional safeguards for privacy and data confidentiality.

The ministers agreed that while data is important to formulate public health policies to face the health crisis, the pandemic doesn’t justify “trampling fundamental guarantees enshrined in the Constitution.”

The Brazilian Bar Association and several political parties had challenged the measure, arguing that forcing fixed and mobile telecommunications companies to share user names, phone numbers and addresses with the Brazilian Institute of Geography and Statistics Foundation (IBGE) tramples privacy protections. The IBGE is is the agency responsible for the official collection of statistical, and geographic information in Brazil and carries out the national census.

The April measure stated that the statistics agency would use the information only to conduct surveys by phone so that officials would not have to knock on doors while Brazilians are on lockdown to prevent contagion of the virus. It also assured that the data would not be shared with other government agencies or private parties.

The bar association argued that the measure was too broad, failing to detail exactly what purpose the data would serve and why the statistics agency needed that information to combat the pandemic.

“We live in an information society, where personal data such as telephone numbers are used to form networks of hateful fake news and manipulation. Therefore, citizens have the right to protect their data, as provided for in the Brazilian Constitution,” said Marcus Vinicius Furtado Coêlho, who represented the bar association in the legal battle.

“It’s better to postpone the date of a survey than risk leakage of these data to malicious hands,” added Furtado Coêlho, a former president of the bar association.

The ministers agreed during a virtual video session that the measure was an overreach.

In supporting the suspension, Minister Alexandre de Moraes said the data sharing did not seem reasonable nor proportional, while Minister Gilmar Mendes alluded to World Health Organization guidelines advising countries against collecting incompatible or unnecessary data with the purported aim of assessing or managing health risks.

Alan Thomaz, an associate with Mattos Filho’s intellectual property and technology practice in São Paulo who specializes in privacy and data protection, says a legal precedent in Brazil establishes safeguards to guarantee that information like that sought by the federal government in this instance is used for its intended purpose.

“I believe that Congress still has room to adjust the provisional measure, but this does not seem to be a priority for the moment,” he said, adding that the COVID-19 crisis “may justify some exceptional measures and certain adaptations of activities conducted by both the private and public sectors.” 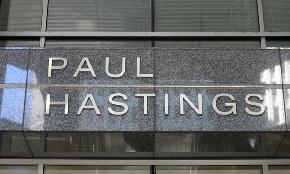 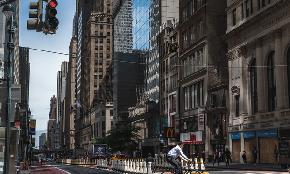 Our firm-by-firm guide to how law firms are protecting their bottom lines from the economic fallout of the coronavirus.