From Kirkland and Latham laterals to Gibson Dunn and Hogan Lovells hires, a look back at some of 2017's biggest partner moves

Law firms recharged their practices with a range of high-profile partner moves in 2017. It wasn’t shocking that many of the big hires in the US market came from the outgoing Obama administration, but plugged-in practitioners all around the world were in demand, from law firm leaders to private equity heavyweights. 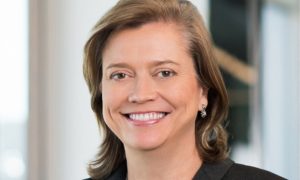 Angela Styles joined Bracewell on 30 October as a government contracts partner in Washington DC, about a month after Styles was voted out of leadership at Crowell & Moring, where she practised for 10 years. “Our London office...will continue to be an important office for our firm’s growth and the success of our clients’ business needs,” Philadelphia-based co-chair Andrew Kassner said. The former Children's Commissioner for England is launching a representative claim against the app for "deliberately violating UK and EU children’s data protection law".