By Brenda Sapino Jeffreys | April 01, 2020 at 01:43 PM | The original version of this story was published on The American Lawyer
X

Cutting partner draws by as much as 50% in the near future is one option Am Law 100 firm leaders are considering to ensure the financial viability of their firms as the new coronavirus, and the stay-home orders intended to help slow its spread, continue to affect the economy.

Kent Zimmermann, a consultant at Zeughauser Group, said he spoke with the chairs of multiple Am Law 100 firms on Tuesday who said they are “close” to cutting partner draws within the next 30 days by as much as 50%, depending on their firm’s revenue forecast for the next few months. He said some firms are predicting a modest revenue decline over the next few months, while others are looking at a drop-off in the 50% range, he said.

“These are strong, name-brand firms,” he said.

Zimmermann said something that doesn’t get a lot of attention during the good times is that the profit margins of Am Law 200 firms vary widely, from more than 50% among the most profitable firms down to 20% or less. “That causes a big difference in how much money you have to work with, or how much room you have to maneuver, when revenue may be down materially,” he said.

While a number of large and midsize firms have already made decisions to lay off employees, cut pay or reduce partner draws, Zimmermann said firms really don’t want to lead the industry in these unpopular actions for fear it’s a sign of weakness.

But firm leaders are eager to talk to others about options and what they all face in these uncertain times, he said, noting that 45 or 50 Am Law 100 chairs and managing partners participated in a virtual meeting on Friday organized by Zeughauser Group.

Discussions during that chat were off-the-record, Zimmermann said, but based on individual  conversations he’s had with firm leaders, a lot of options are on the table.

Many firms are still collecting on pre-COVID-19 work, lawyers remain busy with work in progress, and some firms are “closing out March and like what they see,” he noted. But, Zimmermann said, “There is concern at many well-run firms that they shouldn’t get lulled into a false sense of security, because April, May, June may be worse.”

He said the timeline for action varies, and some firms are simply having more open discussions with employees about what may be in the works.

“Some firms have been extremely transparent in telling both the attorneys and the staff that the options are on the table,” he said, noting that those firms typically have a history of transparency. But other firms are wary of making statements to lawyers and employees before decisions are made because they want to keep their options open, he said.

The list of Am Law 200 firms whose cost-cutting actions have become public grew on Wednesday with Baker Donelson, which has cut partner draws and plans to temporarily reduce salaries and furlough some employees. Others taking action include Cadwalader Wickersham & Taft, Reed Smith, Womble Bond Dickinson, and Goldberg Segalla, and some midsize firms.

As for hiring in the near term, Zimmermann said firms are realizing it’s not “business as usual” but they face a decision in what to do about summer associate programs.

“The prevailing [question] is whether we delay the start of our summer program, or we just have a two-week boot camp at summer’s end … or we just cancel,” Zimmermann said.

Zimmermann said his advice to firms is to let associates know that even if the summer program is changed, they will still be hiring for the next fall. During the 2008-09 recession, some firms did not do that, and it may have affected their reputation at some law schools, he said.

‘Survival Mode’ Is Now for Some Law Firms, While Others Plan and Wait

The Case for Deferring Payments to Equity Partners Now 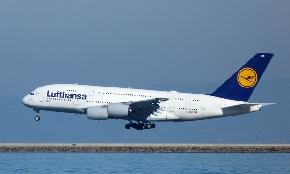 US, UK and German Firms Advise on Lufthansa's €9B Bailout 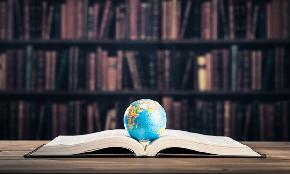 Nearly three-quarters of respondents to a survey conducted by BCLP said the time and costliness of arbitrations would make appeals more trouble than they're worth. 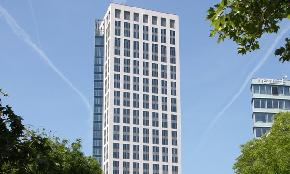 A person close to the matter said the partner was the last at the firm to have advised on 'cum-ex' products.