As the company scrambles to patch vulnerabilities that affect processors used widely throughout the computer industry, it faces at least one class action lawsuit and the prospect of more.

Add this to the headaches facing Intel Corp. as reports roll in about the vulnerability of the company’s computer chips: The company was hit with a class action lawsuit claiming it doesn’t have a viable fix for defective x86-64x processors, and the proposed patches will degrade the performance of devices that use them.

The class action complaint filed Wednesday in U.S. District Court for the Northern District of California by lawyers at Doyle APC in San Diego, the Law Office of James R. Hail in Chula Vista and Branstetter, Stranch & Jennings in Nashville, Tennessee, quotes heavily from a Jan 2. report from online tech publication The Register, which said “a fundamental design flaw in Intel’s processor chip” left the industry scrambling to “defang the chip-level security bug.” The vulnerability could leave users’ sensitive data, such as passwords and log-in keys, open to hacking. The firm's client data was compromised after a file-sharing system designed by California-based cloud company Accellion was accessed illegally earlier this month. 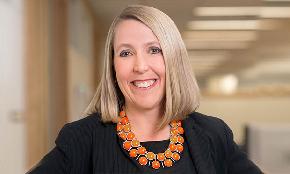 The Munger, Tolles & Olson litigation partner had a trio of trade secrets wins for Intel this past year.