Many factors contributed to the Internet’s growth over the past 25 years, but we’d like to highlight an underappreciated catalyst. In 1996, Congress enacted a law, 47 U.S.C. §230, to immunize websites from liability for third-party content. Section 230 is an “Internet exceptionalist” law; Congress made the liability rules for online content different from, and more favorable than, the rules for offline content.

Section 230’s immunity from liability for third-party content has provided the foundation for the Internet we know today. Each of the top 10 U.S. websites relies heavily on third party content and, in turn, §230.

Editor’s Note: This is a collection of essays submitted by internet law scholars and attorneys about Section 230 and the legacy of Zeran v. AOL. Continue scrolling down for links to the full articles.

However, the scope of §230’s immunity wasn’t necessarily clear from Congress’ words, which are characteristically inscrutable. Instead, §230’s implications first became clear from the first appellate court opinion interpreting it, the Fourth Circuit Court of Appeals’ ruling in Zeran v. AOL.

The Zeran case involved a pernicious cyber-harassment attack. An unknown perpetrator posted inflammatory messages to AOL purporting to be from Zeran, which prompted outraged readers to bombard Zeran with angry phone calls. The Fourth Circuit concluded that §230 protected AOL from liability for publishing the inflammatory messages.

The Zeran case interpreted §230 quite broadly, providing liability immunity even when online publishers exercise editorial control over third party content, and even when the online publisher fails to respond to takedown notices. Due to its timing and its breadth, the Zeran opinion had an enormous influence on subsequent courts’ interpretations of §230, leading them to apply the statutory immunity expansively across a wide range of circumstances.

Together, §230 and the Zeran ruling helped create a trillion-dollar industry centered around user-generated content. Because of its influence on such a key issue, the Zeran ruling is widely considered the most important Internet Law ruling ever.

It is also a controversial opinion, and debates about the ruling’s conclusion and implications continue to this day. Indeed, Congress is currently considering making its first major substantive reduction to §230’s immunity, and much of the debate over these proposals revisits the mid-1990s’ policy debates over how best to reduce anti-social behavior online. Despite the passage of time and evolution of technology, the underlying policy questions remain as fresh and important as they were two decades ago.

Zeran was decided 20 years ago—on Nov. 12, 1997. To commemorate this anniversary, we asked nearly two dozen experts in Internet Law to share their thoughts about the case. We invited authors with normative views that span the §230 debate, so the group of authors includes both fans and opponents of the Zeran ruling and §230 generally.

Their essays generally fit into two categories. Some essays take a historical approach, explaining how we got §230 or the Zeran ruling. The other essays discuss the legacy and impact of the Zeran ruling over the past two decades, some enthusiastically celebrating the developments and others issuing stinging criticisms and calls for reform.

We learned a lot from this collection of essays, and we hope you will too.

“‘Zeran v. AOL’ and Its Inconsistent Legacy” by Ian Ballon

“How the Scam Artists at Stratton Oakmont Made ‘Zeran’ Possible and Unwittingly Saved the Internet” by Robert J. Butler

“Serendipity and Internet Law: How the ‘Zeran v. AOL’ Landmark Almost Wasn’t” by Patrick J. Carome and Cary A. Glynn

“20 Years of Protecting Intermediaries: Legacy of ‘Zeran’ Remains a Critical Protection for Freedom of Expression Online” by Cindy Cohn and Jamie Williams

“The Possible Redundancy of §230” by Brian L. Frye

“The First Hard Case: ‘Zeran v. AOL’ and What It Can Teach Us About Today’s Hard Cases” by Cathy Gellis

“No ESC” by  James Grimmelmann

“The Satellite Has No Conscience: §230 in a World of ‘Alternative Facts’” by  Laura A. Heymann

“The Non-Inevitable Breadth of the ‘Zeran’ Decision” by Samir C. Jain

“The Judge Who Shaped the Internet” by Jeff Kosseff

“‘Zeran v. America Online’ and the Development of Trolling Culture” by Aaron Schwabach

“‘AOL v. Zeran’: The Cyberlibertarian Hack of §230 Has Run Its Course“ by Olivier Sylvain

“CDA 230 Then and Now: Does Intermediary Immunity Keep the Rest of Us Healthy?” By Jonathan Zittrain 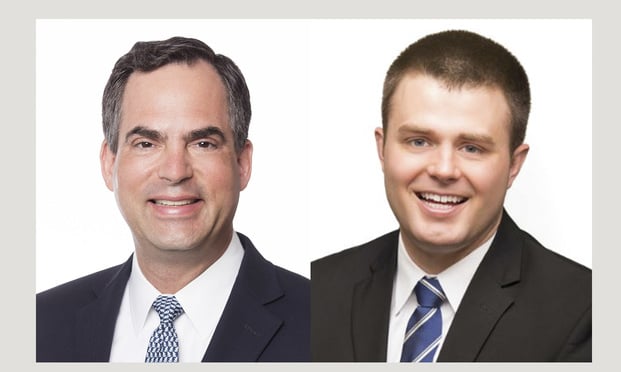 'Digging Up New Dirt': The Role of Attorney-Client Privilege in Possible Investigations Into Britney Spears' Father