From Law School to the Courtroom, Kathleen Sullivan Has Been an Educator at Every Turn

Kathleen Sullivan may have not done it all during her legal career, but she has sure come close.

Sullivan, a partner at Quinn Emanuel Urquhart & Sullivan in Los Angeles and New York, was a professor at two prestigious law schools and dean of one of them, built an appellate practice at the world’s largest litigation-only firm, mentored an army of younger lawyers, argued about 200 appellate cases, including 11 before the U.S. Supreme Court, and worked on significant pro bono cases throughout her career.

“There is nothing that Kathleen didn’t do,” says Peter Calamari, the presiding partner at Quinn Emanuel who has led its New York office for years.

“She’s just exceptional, yet modest. She is the most intelligent, analytical person I’ve ever met. She is just so impressive, but doesn’t hold that over anyone,” says William Adams, a co-chair of Quinn Emanuel’s national appellate practice who was a student of Sullivan’s at Stanford Law School.

In some ways, Sullivan’s career could be cut in two—the 28 years she spent in legal education, while handing appeals on the side, and the past 16 years building an appellate practice at Quinn Emanuel. But as Adams points out, she’s never really stopped teaching.

Sullivan has trained Adams and other lawyers at the firm in areas including brief writing, oral argument and working through thorny legal issues.

“That’s been incredibly rewarding—to learn from the best,” Adams says.

Sullivan graduated from Harvard Law School in 1981, then clerked for Judge James Oakes of the U.S. Court of Appeals for the Second Circuit. Instead of accepting job offers from Cravath, Swaine & Moore or Paul, Weiss, Rifkind, Wharton & Garrison, she went to work with her mentor, Harvard professor Laurence Tribe, on constitutional law cases.

Tribe describes Sullivan as a “completely standout and remarkable student” of constitutional law, and someone he quickly knew he wanted to work with.

“She is extraordinarily articulate, and her elegance in oral argument surpassed almost everyone else of her generation,” he says.

After two years with Tribe, Sullivan joined the Harvard Law School faculty and continued their work together. In 1993, she accepted a teaching position at Stanford, and six years later became its dean—the first woman to become dean of any school at Stanford University.

After stepping down from that role in 2004, she returned to teaching, continued to handle constitutional law appeals, and founded Stanford’s Constitutional Law Center.

But Quinn Emanuel founders William Urquhart and John Quinn asked Sullivan to join their litigation boutique to start the firm’s appellate practice, and in a momentous career shift she agreed. She joined the firm on an of counsel basis in 2005—continuing to teach part-time until 2010—and soon became a partner. She moved from California to the firm’s New York office.

The appellate practice has grown under Sullivan’s leadership, with seven or eight partners who principally work as appellate lawyers, and another 20 to 25 who frequently handle appellate work. Some of that growth has come in the form of former students Sullivan recruited to the firm, including two—Adams and Derek Shaffer—currently serving as co-heads of the practice.

Sullivan’s most notable appeals include representing Samsung in Samsung v. Apple, the Supreme Court’s interpretation of the design patent statute; prevailing for Shell in Kiobel v. Royal Dutch Petroleum, an opinion analyzing the alien tort statute; representing Mattel in a dispute between the makers of Barbie and Bratz dolls; and securing an en banc decision from the Ninth Circuit for Kamehameha Schools that upheld the school’s preference for native Hawaiians.

Despite her success in the courtroom, Sullivan says mentorship is her “proudest accomplishment.”

“She has so many lessons to teach, and she is so gracious about taking the time to teach them,” Shaffer says, noting that Sullivan works in the trenches with the entire legal team on an appeal to make sure every brief is perfect.

In the courtroom, Shaffer says, Sullivan is a sight to behold.

“Going to watch Kathleen Sullivan at oral argument is like going to the opera. I would pay for tickets to the theater to watch her perform,” he says. “It’s riveting. There’s no false note.”

Quinn Emanuel partner Ellyde Thompson says she joined the firm in 2010 specifically to work with Sullivan, and working together, including on two trials, has shaped her career.

“It’s been fantastic having her not only as a mentor, but as a female mentor, because in this space, big corporate law, it can be difficult being a female attorney in court,” Thompson says. “She commands so much respect from the court.”

Thompson is far from the only lawyer who has flocked to Sullivan’s side. After 25 years at Kirkland & Ellis, Chris Landau moved to Quinn Emanuel in 2018 at the urging of Sullivan, his former teacher at Harvard Law.

“I think so highly of her. I’ve practiced law for 30 years and I can’t think of a lawyer I respect more than Kathleen,” says Landau, who is now of counsel with Ellis George Cipollone in Washington, D.C., after a stint as U.S. ambassador to Mexico during the Trump administration.

Lawyers on the other side of a Sullivan argument can’t help but admire her skills as well.

“She is a goddess in my book. I find her the most elegant oral advocate,” says Lisa Blatt, chair of Williams & Connolly’s Supreme Court and appellate practice who argued against Sullivan before the Ninth Circuit in the copyright infringement suit filed over the pop song “Blurred Lines.”

Right before the COVID-19 pandemic forced firms into remote work, Sullivan moved from New York to Los Angeles. She recently turned 66, and her plan is to reduce her practice. She notes that she has the luxury of handing the firm’s appellate practice off to an “absolutely brilliant collection of appellate superstars that I have trained.” Noting that she loves “burning the shoe leather,” her role will increasingly be to find great opportunities for the firm’s appellate team.

It will be a gradual process, and she’s still keeping plenty busy. In just the last few weeks she’s argued three cases with more than $7 billion at stake, she says.

Sullivan says she’s often asked if it was difficult to go from teaching to practicing law. It wasn’t, she says, because the two sides of her career share a common thread: ”I’ve always tried to be a good mentor.” The Verdict Is In: Irell & Manella's IP Litigators Get Results No Matter the Obstacle 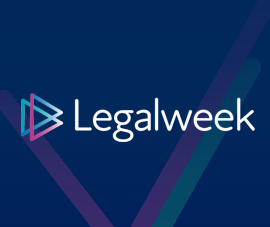 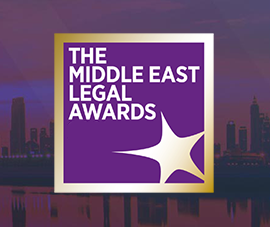