With four judges appearing spaced out on the bench in the court’s San Francisco headquarters and three hearing arguments remotely, the court held its first session in the “social distancing” era.

After weeks of scrambling by California’s Judicial Council to deal with questions of how to provide essential court functions during the ongoing public health crisis, the state’s Supreme Court on Tuesday held its first oral argument session since the COVID-19 pandemic led to widespread disruptions across the state’s judiciary.

The High Court held Tuesday’s session, initially scheduled to be in the court’s Los Angeles courtroom, at its San Francisco headquarters, where all hearings will be held until further notice under emergency orders issued by Chief Justice Tani Cantil-Sakauye.

The chief justice and Associate Justices Carol Corrigan, Goodwin Liu and Mariano-Florentino Cuéllar all sat spaced out on the bench in the courtroom Tuesday, while Associate Justices Ming Chin, Leondra Kruger and Joshua Groban and all judges sitting pro tem for the session heard arguments remotely to conform with social distancing protocols.

“We appreciate your patience and we are happy that you are here,” said Cantil-Sakauye after the morning’s session began about 15 minutes after it’s scheduled 9 a.m. start.

The “here” the chief justice referred to defied a physical definition. Although the court allocated 15 seats for the media, the courtroom appeared mostly empty via the court’s live videostream. A large video screen was perched behind the dais where parties’ lawyers typically make their arguments to the court. During each argument, attorneys making appearances could be seen tiled across the screen in the manner of a multiparty video conference, with most remaining muted until their allotted argument time. Although there were some moments of cross talk and feedback—especially in moments when the chief justice chimed in with questions during the first argument of the morning session—the session went off largely without hitches given the obstacles.

During the first argument, Kelly Ernby, a deputy district attorney from the Orange County District Attorney’s office, sought to persuade the court to overturn a lower appellate court ruling finding her office didn’t have the authority to recover restitution and civil penalties under the state’s Unfair Competition Law for violations occurring outside its territorial jurisdiction in a case against drugmaker Abbott Laboratories. The office filed a lawsuit against Abbott and several other drugmakers in 2016 claiming they colluded to keep generic drugs off the market in violation of the consumer protection law.

“Good morning and may it please the court,” said Ernby, dressed in courtroom attire, but sitting in front of a brick wall and a window with shutters drawn in what appeared to be a home office. During her argument, her opposing counsel, Kirkland & Ellis partner Jay Lefkowitz, appearing in a collared shirt, but no tie, could be seen in an equal-size panel rubbing his face and listening intently against a white background. Yvonne Mere, of the San Francisco city attorney’s office making arguments backing Orange County’s position, appeared on screen from a conference room behind a dais with an American flag in the background.

The already difficult task of reading a bench of seven judges was made more complicated by the circumstances. “I’m seeing perhaps does one of the justices have a question,” said Ernby at one point, pausing. First District Justice Carin Fujisaki, sitting pro tem in the first case, shook her head “no” before Ernby continued.

Leftkowitz had his own moment of incongruence. “I think everybody in the courtroom agrees that any DA, indeed any individual in the state, can file an action as long as he has standing to bring the action and seek statewide injunctive relief,” he said.

He and a majority of the people participating in the argument were not in the courtroom. 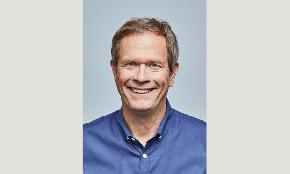 Chesnut, who joined Airbnb in 2016 as general counsel and was named chief ethics officer in October 2019, said in an interview Friday that his departure had “been in the works.”