Retired federal Judge Vaughn Walker suspects that the alternative dispute resolution industry won’t snap back to the way things were before the COVID-19 pandemic forced many lawyers and neutrals to work from home.

The former chief judge of the Northern District of California now works as an arbitrator and mediator for FedArb in San Francisco. As the coronavirus contagion worsened in the United States, Walker saw a number of scheduled mediations drop off his calendar. But in the last week or so, he’s seen more interest in online mediation, and said parties in at least one of his cases seem interested in moving forward via video conferencing platform Zoom.

“I think the fact that we’ve been forced to use these technologies—it’s going to stick,” he said. “It’s not going to take over the whole range of business, but more and more I think you’re going to see use of these technologies, which will save on travel time.”

As with law firms, many ADR organizations had to transition to fully remote operations to comply with shelter-in-place orders virtually overnight. And Walker is not alone in his prediction that the imprint of the pandemic could outlast the crisis.

In mid-March, JAMS began transitioning to online ADR. In the last week, the organization has proceeded with hundreds of cases through video conferencing, said Kim Taylor, senior vice president and chief legal and operating officer at JAMS. “They’re going well. The cases are settling,” Taylor said.

To help neutrals and clients get more comfortable with remote mediation and arbitration, JAMS has hosted dozens of trainings on its video conferencing platform Endispute powered by CourtCall.

Taylor said a more permanent acceptance of remote resolution seems to be inevitable. “The ADR industry has been promoting online dispute resolution tools for a while,” she said. “There’s been some resistance. Now that some people have been pushed into it sooner than expected, I predict that it’s going to be just a part of how we offer services going forward.”

Gilda Turitz, a neutral who works with the International Institute for Conflict Prevention and Resolution (CPR) in San Francisco, has yet to conduct online dispute resolution but said she’s enthusiastic about the prospect, especially for pretrial and predeposition discovery. She said the remote tools could substantially change ADR and widen the reach of neutrals with specific specialties.

“It could open up opportunities to expand their ability to mediate and arbitrate out of areas where it wouldn’t economically make sense to travel but they have a niche,” she said. “I think it can be quite a practice expander if people are comfortable with it.”

CPR is currently seeing two to three times as many cases as they typically get, said Helena Tavares Erickson, the organization’s head of dispute resolution services. But she doesn’t think it has anything to do with courts trying to condense their caseload and encouraging parties to seek ADR. Since most of the cases coming in have arbitration clauses, she said some parties could be unwilling to wait the year it might take for their motion to compel arbitration to be argued in court. But Tavares Erickson said she sees the uptick more as people jumping at the opportunity over the last two weeks to get their matters filed.

Dwight James, the senior vice president of the American Arbitration Association (AAA), said the transition to Zoom video conferences has been smooth. “We have not heard of any problems yet whatsoever,” he said. “Our concern going in was not our readiness, but could the platform support all the migration of people from all types of businesses. So far we haven’t had any issues.”

Despite the availability of video conferences, he’s said the vast majority of clients have been asking for continuances, especially with more complex cases. “There’s still a lot of issues around virtual conferences, such as privacy, what’s going on in the room that you can’t see through virtual connection, and a lot more that would need to be ironed out,” he said.

But if COVID-19 turns out to be seasonal or cyclical, people might feel more comfortable using these technologies in the future, he said.

FedArb CEO Ken Hagen said neutrals have to learn to be effective remotely by preparing in advance, but remote mediations allow parties to instant message in real time, instead of pausing to caucus. “What happens if you’re not entirely aligned, you don’t want to take a position your client might not be behind,” he said. “You have the ability to be on the same side and use concrete words instead of fudge words that give you the ability to hedge.”

FedArb offers a premediation conference call to determine if parties are going to work together remotely. So far, everyone has said let’s keep going, he said.

However, ultimately, Hagen thinks ADR will likely fall back on face-to-face when the coronavirus threat subsides. “There’s just nothing that substitutes for face-to-face interaction,” he said.

On the Other Side of the Crisis

ADR Services Inc., which has seven offices in California, has transitioned to telephonic and Zoom conferences, and sometimes one party will opt for the phone while another will be more comfortable with video, said Joanna Barron, vice president of the organization.

Beyond offering telephonic and video conferencing on a more permanent basis, Barron and operations manager Kathleen Emma expect that coronavirus could trigger a flood of cases moving through ADR, including breach of contract, foreclosure matters and landlord disputes.

Turitz, who’s on CPR’s dispute prevention panel, said the organization is looking ahead to how to potentially prevent disputes that come out of the coronavirus. “We could be in this for a number of months,” she said. “You probably will also see efforts for early facilitation of conflicts that are going to happen in the supply chain areas and have a ripple effect in some manufacturing sectors.”

A Sense of Togetherness

Hagen said he’s been pleasantly surprised by the effectiveness of the remote conferences to settle disputes, but he said he thinks there might be a slight sample bias. “The folks that are proceeding with mediations right now, they want to try to settle the case because there’s already sustained momentum. You have a tailwind,” he said.

Yet, others are describing a general willingness to communicate amid the pandemic. “There’s a greater sort of interconnectivity with staff, neutrals and clients,” said Emma of ADR Services. “So much of what we do is in person. It’s been very positive to be virtual and figure out how to navigate our relationships on phone or online.”

JAMS’s Taylor also said she’s finding an enthusiasm to find creative solutions. “I’ve seen an increased sense of collaboration as an interesting byproduct of people being forced to physically separate, and they’re looking for every reason to be more connected.” As people work to rapidly adapt to the environment, she’s seeing more connectivity between internal teams, clients and within the industry on message boards, webinars and social media.

“I hope that level of intense collaboration continues,” she said.

‘The Same, But Different’: Learning to Litigate During a Public Health Crisis

State courts across California are implementing a variety of measures to curtail public activity in many instances, and in others to shut down completely. The California Supreme Court suspended in-person oral arguments until "deemed prudent to resume normal measures." Here's a look at how courts across the state are grappling with the threat of the novel coronavirus as of May 28. 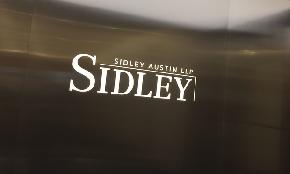 Frank Rahmani spent 23 years at Cooley. His hire is instrumental to both Sidley's growth in the emerging companies space as well as in California, firm leadership said.