After the court was informed Monday that a person who visited the Northern District of California courthouse on March 11, 13, and 17 was treated for COVID-19, Chief Judge Phyllis Hamilton amended the general order outlining guidelines concerning courthouse access during the coronavirus outbreak.

The San Jose federal courthouse has temporarily closed after a visitor to the courthouse reported being treated for COVID-19. The U.S. District Court for the Northern District of California announced late Monday that the courthouse at 280 South First St. “will be closed to staff and the public entirely” from March 24 until at least April 7.

After the court was informed Monday that a person who visited the courthouse on March 11, 13, and 17 was treated for COVID-19, Chief Judge Phyllis Hamilton amended the March 16 general order outlining guidelines concerning courthouse access during the coronavirus outbreak. The order indicated that the closure, which applies to the public and courthouse staff including judges, could be extended if needed. A court spokesman said the court would not provide further details about the visitor. The spokesman further said that the closure does not apply to other offices in the Robert F. Peckham Federal Building across from the courthouse entrance.

Facebook Deputy GC Paul Grewal, who used to work in the building as a federal magistrate judge, reacted to the news on Twitter Monday evening.

“This is like Santa closing the North Pole,” Grewal wrote. “Unimaginable.”

The San Jose courthouse closure comes after the court earlier this month closed all courthouses to the general public and suspended civil and criminal trials until May 1. Hamilton issued two general orders on March 16, the same day six Bay Area counties demanded residents “shelter in place” to slow the spread of coronavirus. Hamilton’s orders also said the court will decide civil matters on the papers and conduct any necessary hearings via telephone or video conference. The court clarified that members of the press and public with a legitimate need to observe an in-person hearing could do so, and such attendance will be considered “official court business.”

Although criminal proceedings before magistrate judges are set to continue, the court also plans to conduct those hearings remotely when possible, the orders note. Criminal hearings will also be consolidated and cases in all four Northern District divisions will be heard in San Francisco.

“Due to the Court’s reduced ability to obtain an adequate spectrum of jurors and the effect of the above public health recommendations on the availability of counsel and court staff to be present in the courtroom, the time period of the continuances implemented by this General Order will be excluded under the Speedy Trial Act, as the Court specifically finds that the ends of justice served by ordering the continuances outweigh the interest of the public and any defendant’s right to a speedy trial pursuant to 18 U.S.C. section 3161(h)(7)(A),” Hamilton wrote. 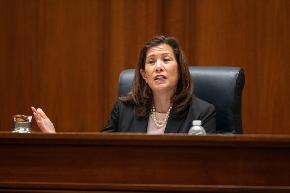 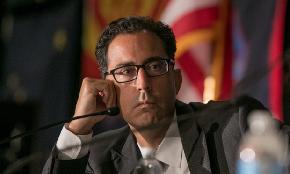 'No Heroes in the Story of This Case': Judge Turns Back Bid for Injunction Against Lyft

In an order Tuesday, U.S. District Judge Vince Chhabria lamented plaintiffs’ “tone-deaf” arguments and how companies including Lyft are “thumbing their noses at the California Legislature.” 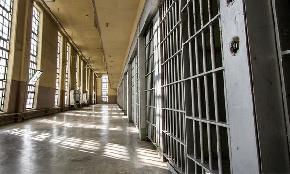 Judges Are Urged to Reduce California's Inmate Population Amid Pandemic

Attorneys from the Prison Law Office and Rosen Bien Galvan & Grunfeld are asking the judges for an emergency order freeing, or possibly relocating, an unspecified number of elderly and ailing inmates.