Accustomed to working behind the scenes, their efforts are now surfacing publicly in emergency declarations, letters to the president and even leases for hospital space.

One month later, Brereton and his 75 colleagues in the department’s office of legal services find themselves at the heart of the state’s response to a pandemic, one that raises rarely considered questions about civil liberties, quarantines, emergency regulations, privacy and preemption.

Brereton is just one of dozens, if not hundreds, of state-employed lawyers drafting documents and offering counsel to decision-makers trying to stop the spread of COVID-19. As of Monday, there were more than 42,000 reported cases in the U.S., and more than 500 deaths had been attributed to the respiratory disease.

Accustomed to working behind the scenes, their efforts are now surfacing publicly in emergency declarations, letters to the president and even leases for hospital space.

Brereton was deputy director and chief counsel for the Office of Enforcement at the Department of Managed Health Care’s office of enforcement for four years before joining the public health department. His resume also includes six years at the Sacramento firm of Katchis, Harris and Yempuku.

Brereton replaced Karin Schwartz, who was appointed to the Alameda County Superior Court bench in 2019 by Gov. Jerry Brown.

Here are some of the other attorneys working on California’s coronavirus response.

>> Alex Pal, chief counsel, Office of Emergency Services: Pal and his legal team at OES are tasked with drafting the governor’s emergency declarations and subsequent executive state orders. And they’ve had plenty of work doing just that since Pal joined the agency in 2013.

“It’s a muscle memory kind of a thing,” Pal said. “It’s unfortunate we’re in that position but at least we’ve got folks that are experienced.”

Brown named Pal, a former attorney at a Sacramento personal injury firm, chief counsel in August 2018. Gov. Gavin Newsom reappointed him after he took office. Pal works with a half-dozen attorneys in the Sacramento office, with their most recent work focused on devastating wildfires.

“No two days are alike,” Pal, a New Jersey native, said in the podcast. “Some people would love that and some people would hate that. I’m a guy that rolls with the punches. I love that change, that sort of always-on-the-edge-of-your-seat. It’s my personality. I’m not a guy that would just sit back and process paperwork for eight hours straight.”

>> Catherine Lhamon, the governor’s legal affairs secretary: Lhamon is the chief legal adviser in an administration that is stocked with attorneys, including chief of staff and former Boies Schiller Flexner partner Ann O’Leary. Lhamon is also chairwoman of the U.S. Commission on Civil Rights. She spent a decade at the American Civil Liberties Union of Southern California and served as assistant secretary for civil rights at the U.S. Department of Education between 2013 and 2017.

Working with Lhamon is chief deputy Analea “Ann” Patterson, a former Orrick, Herrington & Sutcliffe partner who worked in regulatory compliance and spent nine years as an aide and adviser in various state political offices. Sacramento political publication Capitol Weekly ranked her No. 7 in its 2019 list of Top 100 powerful figures in California. “Patterson’s name comes up repeatedly in conversations about the workings of the governor’s staff, with observers particularly citing her successful role in sensitive negotiations involving PG&E, among other issues,” Capitol Weekly wrote.

>> Kelli Evans joined the governor’s legal affairs team in June from the attorney general’s office. Her background is steeped in civil justice issues. She was the associate director of the ACLU of Northern California from 2010 to 2013, and she previously served as a senior trial attorney in the U.S. Department of Justice’s civil rights division. From 2017 to 2019, Evans was a chief adviser to Xavier Becerra on civil rights and criminal justice issues and later became chief deputy in his office.

>> Leslie Lopez, general counsel, Department of General Services: At his almost-daily public briefings on the state’s coronavirus response, Newsom rattles off numbers of medical supplies procured that day as well as hotels and hospitals leased for treatment beds.

Helping Newsom finalize contracts for those products and leases is Lopez, general counsel at the state’s Department of General Services, and her legal team, a general services department representative confirmed. Lopez joined the department in 2016 after serving as general counsel of the state Business, Consumer Services and Housing Agency for three years.

Lopez formerly served as general counsel at the State and Consumer Services Agency from 2007 to 2013, and she was a deputy attorney general in the government law section at the state Department of Justice for 13 years. 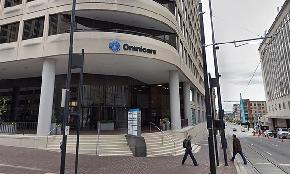 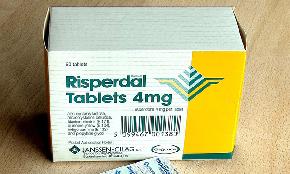 Addressing one of the first substantive decisions in the Risperdal litigation in California, the Second District Court of Appeal reversed summary judgment as to one of the federal preemption arguments raised by the plaintiffs, reinstating potentially hundreds of lawsuits. The court upheld the ruling as to two separate federal preemption arguments. 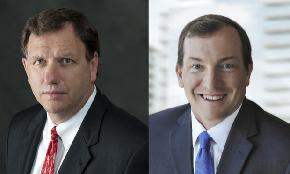 After years of back-and-forth efforts by tort reformers and their plaintiffs bar foes, lawyers on both sides say the battles may not be as compelling for lawmakers and the public.