Short-Term Work Around or the New Normal? Firms Cope With Covid-19 Reality

Law firms in the Bay Area seek to contain the spread of coronavirus—and team member stress—with their emergency response plans.

As the week begins, law firm leaders across the Bay Area confront courtroom closures, an uncertain-at-best deal environment, and lawyers and staff dealing with the complications of what “regular life” during a pandemic might look like.

Quyen Ta, who co-leads the San Francisco Office of Boies Schiller Flexner, conducted a survey of policies that firms with offices in the Bay Area have been rolling out as her firm finalized its own contingency plans for its Bay Area offices late last week. Ta said that she saw most firms in the area moving toward a “permissive work from home policy” for lawyers and legal staff, with some relying on rotating skeleton crews of staffers to handle matters that require in-office support, such as certain receptionist duties and information technology. Ta said that firms are prioritizing work from home for parents with children facing school closures and those with dependents or family members with compromised immune systems.

“It’s kind of like telecommuting on steroids and it’s everyone,” she said.

In her own practice, Ta said things are in constant flux. She had a mediation for a Bay Area company scheduled for Orange County this past week canceled after in-house counsel from both sides of the dispute opted not to travel—one was set to fly in from out of the country. She has a class action set for trial in the fall for a large Silicon Valley tech company where depositions were canceled this week.

“There’s no social distancing in a room when you’re there with 15 other people for a deposition,” said Ta, who expects deadlines to get extended in some cases.

Daniel Girard of plaintiffs class action and complex litigation firm Girard Sharp said that the firm had “affirmatively” shut down its physical office in the city, and that lawyers and staff have been asked not to come in. “We told everyone to stay off public transportation and stay home,” said Girard, adding that potential long term impacts of this experience for the legal profession are “fairly epic.”

“There’s a chance this is going to catalyze a move to business being done online,” he said.

Hanson Bridgett has discontinued any non-essential travel and has equipped all lawyers, paralegals, secretaries and other staff with laptops so that they can work from home, said Kristina Lawson, managing partner-elect for the firm. Lawson said a 2018 workforce initiative laying the groundwork for remote work has helped them develop a really important resiliency.

“We’re already set up to work from home or remotely,” she said. “We’re sort of implementing that earlier initiative in a different way.”

Although Hanson Bridgett has not instituted an all-out ban on travel, she said she’s finding most of the firm’s attorneys are not traveling at this point. The firm has also began facilitating virtual meetings with clients, so they don’t have to put team members at risk either.

Lawson said she dedicated a good portion of her Friday to one-on-one with section leads to let them know to reach out to her about concerns and talk through the situation. “There’s a significant level of stress due to the uncertainty of the situation,” she said. “We’re taking steps to make sure employees know that we’re there for them.”

She said the firm’s priority is keeping everyone healthy and making sure people are able to care for their kids and grandkids amid school closures.

Right now, she said the firm doesn’t quite know how the coronavirus will affect its business entirely. “We know there will be an impact,” she said. “We expect in certain sectors of the economy our clients will be impacted economically and their people will be impacted, as well.”

A spokesman for Orrick, Herrington & Sutcliffe said Friday that the firm has closed offices and shifted to full-remote work in places most impacted by the outbreak so far, including Italy, Paris, China and Seattle, so those are full remote. “We’ve been experimenting with remote working in other offices, including our offices in San Francisco and Silicon Valley, and we are preparing for a possible change in status on remote working firmwide,” the spokesperson said.

Schiff Hardin’s San Francisco office was briefly closed on March 6 after one of its employees was potentially exposed to the virus, after coming into contact with a family member who had gone to a location where the virus was exposed. The office reopened on Tuesday after it was deep-cleaned and sanitized, said managing partner Marci Eisenstein.

“We are evaluating this on a daily basis. We are adjusting our policies as everybody is—promoting good hygiene,” Eisenstein said. “I don’t think any of our hands have been so raw from handwashing.”

The firm added that the employee and their family members showed no Covid-19 symptoms and that the “CDC-designated quarantine period has concluded.”

David Thomas contributed to this report. 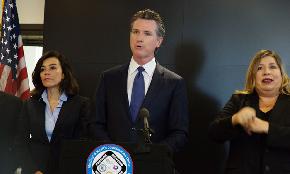 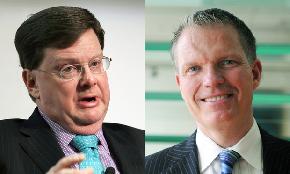 For Big Law, Is COVID-19 The Great Recession All Over Again?

Keith Wetmore, former chairman at Morrison & Foerster, and Bill Brandt, who has helped handle workouts and restructurings for nearly 40 law firms, had big roles during the 2008 recession. Here's their perspective on the major challenges law firms are facing now. 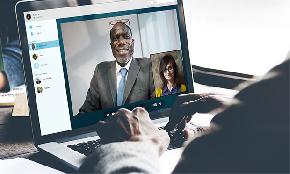 New from The Recorder! California Legal MalpracticeLaw is available as a paperback and in EPUB format, with hyperlinks to the full text of cases, statutes...