Letter to the Editor: Loftus a First-Rate Pick to Lead the DA's Office

"Suzy Loftus’ experience, competence and widespread and diverse support demonstrate she was the best choice for both the interim role, and the permanent position," write four retired San Francisco Superior Court judges.

We are all retired Superior Court judges and are taking this unusual action of speaking out because our former colleagues—current San Francisco Superior Court judges—are ethically prohibited from commenting on elections, including that for district attorney. Before we were appointed to the bench, we had varied careers in the law: some of us were prosecutors, serving as assistant district attorneys and federal prosecutors, while others served in private practice. Two of us served as the presiding judge for the San Francisco Superior Court. As judges, we were assigned to the San Francisco Hall of Justice, where we tried criminal cases—from driving under the influence and auto burglaries, to domestic violence, sexual assault, rape and murder. We know the San Francisco criminal justice system.

The San Francisco DA’s office handles 125 cases a week. In many, if not most cases, a San Franciscan, with a life, a family and a need for justice, becomes a victim. District attorneys enact policies to help keep us safe, standing up for justice for victims of heinous crimes as well as for accused perpetrators. They provide direction and set the values for an office that is charged with carrying out justice for the people of San Francisco. An experienced prosecutor serving as the San Francisco district attorney is critical to the efficient and fair functioning of the criminal justice system. Essential to the role of district attorney is the ability to serve as a role model and mentor to the assistant district attorneys. The district attorney must make policy decisions, balancing the competing goals of public safety and justice for persons charged with criminal offenses. In difficult cases, the district attorney must exercise prosecutorial discretion, e.g., which offenses to charge, which plea dispositions to offer to resolve cases, and when to offer leniency because a defendant’s mental health or other factors warrant it.

To have credibility with assistant district attorneys, the district attorney must have had firsthand experience doing their job. It would be cold comfort to all of them to know that the life-changing outcomes from their experience in San Francisco’s criminal justice system were decided by a preelection bench-warmer. Would a symphony orchestra hire a conductor who could read and compose music, but had never played a musical instrument? To lead an organization effectively one need not be a virtuoso, but must have sat in the chair of its members. Suzy Loftus’ experience, competence and widespread and diverse support demonstrate she was the best choice for both the interim role, and the permanent position.

A veteran prosecutor who has managed a diverse array of legal teams, Loftus has prosecuted cases of violent crime—including elder abuse, domestic violence and gun cases. She served as assistant chief legal counsel for the Sheriff’s Department, and was widely respected for her leadership as president of the San Francisco Police Commission. Prior to that, she worked in the California Attorney General’s Office and in the District Attorney’s Office she leads today. Loftus has the knowledge, experience, and understanding of the role of police and the job of prosecutor to address the challenges confronting our city and its criminal justice system.

Mayor Breed deserves credit for fulfilling the solemn responsibility of her office, which San Francisco mayors have properly exercised no fewer than 43 times since 1977. Similarly, Loftus deserves credit for answering the call to civic service—even in the face of foreseeable, if misguided, political attacks from her electoral foes.

It would be reckless and irresponsible to leave the District Attorney’s Office vacant, or to hand its leadership to anyone other than the top choice in the judgment of a mayor vested with the legal duty to put San Franciscans—and not political campaigns—first. With questions of law and justice on the line every day, San Francisco deserves a district attorney who puts abiding civic duty over short-term political exigencies. Today, we have that in Suzy Loftus. 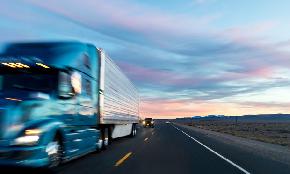 Will the Trucking Industry Crack the AB5 Code for the Gig Economy? 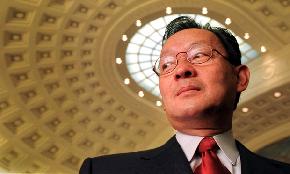 "I have absolute confidence in the governor and Marty Jenkins," Justice Ming Chin said in an interview with The Recorder. "They are more than capable." 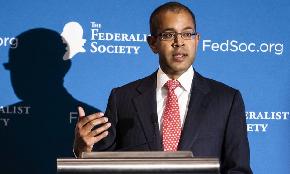 Paul Weiss partner Kannon Shanmugam told the justices in a newly-filed cert petition: "The California Supreme Court once again thumbed its nose at the Federal Arbitration Act and this court."