This article considers an area in which differing perspectives on the fundamental goal of trade secret damages may lead to differing damages methodologies: reasonable royalty damages.

In Part 1 of this series, we addressed how different conceptions of the purpose of trade secret remedies divided the New York Court of Appeals in E.J. Brooks Co. v. Cambridge Sec. Seals. To the majority, trade secret remedies should be aimed at compensating a plaintiff for its losses. Thus, a defendant’s avoided costs cannot serve as a measure of damage unless they serve as a proxy for the plaintiff’s actual development costs. To the dissent, trade secret remedies should be aimed at valuing the trade secret, which includes compensation for costs avoided by a defendant through misappropriation. Here, we consider another area in which differing perspectives on the fundamental goal of trade secret damages may lead to differing damages methodologies: reasonable royalty damages.

By statute, a plaintiff who proves that a defendant has infringed its valid patent is entitled to damages adequate to compensate for that infringement—at a minimum, a reasonable royalty. Because there is no statutory definition of reasonable royalty, however, courts have developed a litany of tests to evaluate the reasonableness of a royalty. 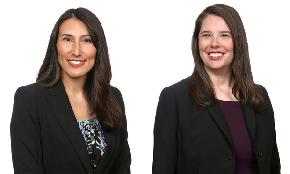 Maintaining Civility During a Pandemic

One challenge of practicing law is that, in the midst of a heated dispute, attorneys sometimes lose sight of the importance of treating others in a professional and civil manner.

In this first installment in a two-part series, the authors, two lawyers at Williams & Connolly, consider California's new cybersecurity statute; new rulings on key issues; and available defenses at the motion to dismiss stage in class actions stemming from the COVID-19 pandemic.