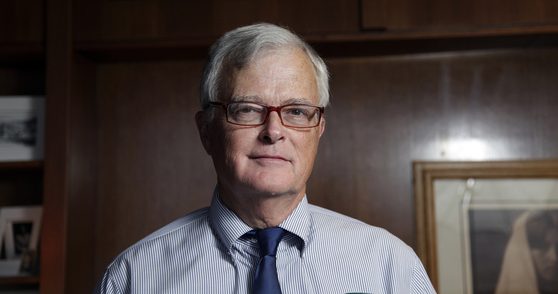 U.S. District Judge William Alsup found the decision to roll back the Obama-era program was based on a faulty conclusion that the prior administration exceeded its statutory and constitutional authority.

President Donald Trump renewed his Twitter barrage on the Ninth Circuit Wednesday after another district court judge shot down one of his administration’s policies.

On Tuesday night, U.S. District Judge William Alsup of the Northern District of California temporarily blocked the Trump administration’s decision to wind down an Obama-era program that shields children of undocumented immigrants from deportation.

It just shows everyone how broken and unfair our Court System is when the opposing side in a case (such as DACA) always runs to the 9th Circuit and almost always wins before being reversed by higher courts.

It’s not the first time Trump has criticized a judge after ruling against one of his policies. Trump took a shot at “unelected” judges after his travel ban was dealt a loss in the Ninth Circuit, and after District Judge William Orrick ruled against his administration’s sanctuary cities policy.

The administration’s decision to end the Deferred Action for Childhood Arrivals program, announced Sept. 5, was challenged in federal courts on both coasts by Democratic states’ attorneys general and advocacy groups, who claimed the decision was legally flawed.

In a 49-page opinion issued Tuesday evening, Alsup denied the Trump administration’s bid to dismiss one batch of the lawsuits and granted the plaintiffs’ motion for a preliminary injunction halting the rollback of the program. Alsup found the rollback of the Obama-era program was based on a faulty conclusion that the prior administration had exceeded its statutory and constitutional authority when implementing it.

“DACA covers a class of immigrants whose presence, seemingly all agree, pose the least, if any, threat and allows them to sign up for honest labor on the condition of continued good behavior,” Alsup wrote. “This has become an important program for DACA recipients and their families, for the employers who hire them, for our tax treasuries and for our economy.”

“The Justice Department will continue to vigorously defend this position and looks forward to vindicating its position in further litigation,” O’Malley said.

California Attorney General Xavier Becerra, who was among the lawyers filing suit, said in a press statement that the decision was “a huge step in the right direction.”

“Dreamers’ lives were thrown into chaos when the Trump Administration tried to terminate the DACA program without obeying the law,” Becerra said. “ America is and has been home to Dreamers who courageously came forward, applied for DACA and did everything the federal government asked of them. … We will fight at every turn for their rights and opportunities so they may continue to contribute to America.”

On the East Coast, the Justice Department was granted permission Monday to file an interlocutory appeal with the U.S. Court of Appeals for the Second Circuit on whether the rescission of DACA qualifies as agency discretion. District Judge Nicholas Garaufis of the Eastern District of New York ruled rolling back DACA does not fall under agency discretion.