The U.S. Court of Appeals for the Ninth Circuit on Monday lopped a sizable chunk out of Oracle Corp.'s $124 million copyright and computer crime judgment against software support provider Rimini Street Inc. 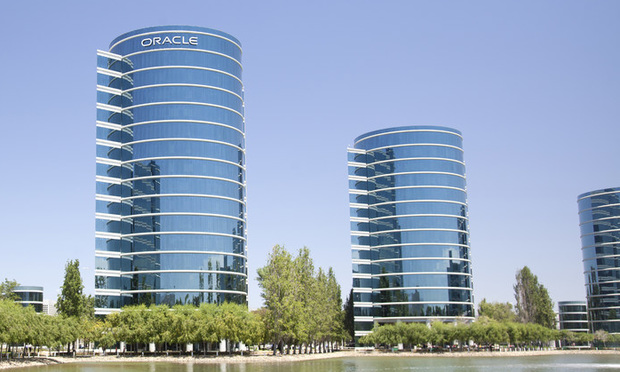 The U.S. Court of Appeals for the Ninth Circuit on Monday lopped a sizable chunk out of Oracle Corp.’s $124 million copyright and computer crime judgment against software support provider Rimini Street Inc.

But the Ninth Circuit affirmed the core $58 million award for copyright infringement and prejudgment interest. The court, which heard arguments in July from two top appellate advocates, ruled in Oracle v. Rimini Street that Rimini Street’s copying wasn’t covered by licenses Oracle had granted to companies such as Siebel, JD Edwards, PeopleSoft and Database for whom Rimini Street provided testing, support and updates.

Gibson, Dunn & Crutcher partner Mark Perry had argued on appeal that Rimini had copied software to create software development environments under the authorized license of one customer and then “cross-used” it for other licensed customers.

But Oracle, represented by Kirkland & Ellis partner Paul Clement, persuaded the panel that any copying could only support the individual licensee. “The licensees may hire a third party such as Rimini to maintain their software for them, but nothing in the licenses permits them to grant a nonparty to the license a general right to copy proprietary software,” U.S. District Judge Jeremy Fogel of the Northern District of California, sitting by designation at the Ninth Circuit, wrote for the unanimous panel.

The news was better for Rimini Street and CEO Seth Ravin on claims related to California’s Comprehensive Computer Data Access and Fraud Act and the Nevada Computer Crimes Law. Rimini Street had been using automated downloading tools to obtain customer support files. That prompted Oracle to change its terms of use to prohibit the use of robots, spiders and scrapers. Rimini stopped using them for about a year, then resumed the practice, downloading hundreds of thousands of files including full support libraries, according to Fogel’s opinion.

Rimini argued that it was legally authorized to access the files, and that it was not a crime to do so simply due to the automated manner that Oracle found objectionable.

Fogel agreed. “We hold that taking data using a method prohibited by the applicable terms of use, when the taking itself generally is permitted, does not violate” the California or Nevada computer crime laws, he wrote.

Oracle spokeswoman Deborah Hellinger said the company was pleased with the decision.  “Copyright infringement is at the core of Oracle’s dispute with Rimini, and the court of appeals affirmed all of the trial court’s and the jury’s findings that Rimini blatantly violated copyright law,” Hellinger said.

The upshot is that the decision knocked $20 million off the award for violation of the computer statutes and related Unfair Competition Law claims. The court also reduced taxable costs by $1.5 million.

The panel further instructed U.S. District Judge Larry Hicks of the the District of Nevada to reconsider the $28.5 million attorney fee award and injunction in light of the elimination of the computer crime portion of the judgment. The court explicitly instructed that Rimini CEO Ravin will no longer be jointly and severally liable for attorney fees.