SAN FRANCISCO — James Damore, the ex-Google software engineer who was fired over a memo in which he argued women are naturally less fit for tech careers, launched a class action lawsuit against the company on Monday alleging political, gender and race discrimination.

The lengthy complaint against Google—161 pages in total, including numerous exhibits with internal company postings—was filed by conservative Bay Area lawyer Harmeet Dhillon in Santa Clara Superior Court. Also named as a lead plaintiff is David Gudeman, who the complaint says worked for Google from 2013 to 2016.

“Google’s open hostility for conservative thought is paired with invidious discrimination on the basis of race and gender, barred by law,” the complaint alleges. “Damore, Gudeman, and other class members were ostracized, belittled, and punished for their heterodox political views, and for the added sin of their birth circumstances of being Caucasians and/or males.”

Google said in a statement it looks forward to defending against the suit in court. The company is also facing a separate lawsuit alleging bias against women.

In broad strokes, Damore’s suit argues that Google goes out of its way to be accommodating to a diverse range of liberal viewpoints, while actively stifling persons whose views are on the conservative end of the political spectrum. It also contends Google is correcting for a lack of diversity by imposing illegal hiring quotas favoring women and people of color.

At a press conference in San Francisco, Dhillon—an active member of the Republican National Committee—said the suit is not just brought on behalf of white men, but of political conservatives of all stripes that have been  “blacklisted” at Google because of their views. The complaint alleges multiple subclasses, including a “political” subclass, a gender subclass for those allegedly discriminated against for being male, and a race subclass for Caucasians. 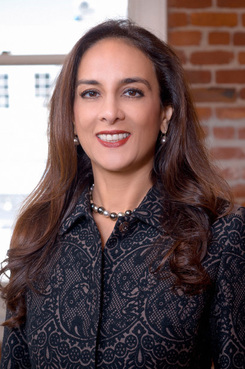 “This is not about money,” she continued. “This is about changing the behavior and the attitude in Silicon Valley, where now, the only acceptable form of discrimination—where everything else is eliminated—is it’s OK to disparage, smear, belittle, discriminate [against] conservatives and white men. That’s not acceptable.”

Damore was fired by Google after a 10-page memo he authored, titled “Google’s Ideological Echo Chamber,” was released publicly and went viral. In it, he argues that there are inherent “biological” differences between men and women that explain the gender gap in tech. He, for example, argues that women on average have more “neuroticism,” which he defines as “higher anxiety, lower stress tolerance.”

Google CEO Sundar Pichai, in a blog post the same day Damore was fired, described those comments as hurtful to other Google co-workers. “To suggest a group of our colleagues have traits that make them less biologically suited to that work is offensive and not OK. It is contrary to our basic values and our Code of Conduct,” Pichai wrote.

While the Damore memo is incorporated in the new complaint, Dhillon’s lawsuit focuses more on arguments that Google targeted and blacklisted employees or potential employees because of their conservative political views rather than their views about women. But the two themes blur together.

According to the filing, Gudeman was terminated by Google after posting on internal forums that white men are the “victims of a racist and sexist political movement,” and that liberal wariness over the election of Donald Trump was overblown. Gudeman wrote that anyone “who believes President Trump will be out to get minorities, women or gays has absorbed a lot of serious lies from their echo chamber,” the complaint says.

Gudeman also made comments to a Muslim co-worker who said he had been targeted by the FBI for his faith. The complaint says Gudeman expressed doubt that such an investigation happened, but that if it did, it might have been because the FBI found “something interesting” about the co-worker’s recent trip to Pakistan. Google HR then terminated Gudeman, saying he had accused the colleague of terrorism on the basis of his religion.

Dhillon, in the press conference, drew a comparison between the Google’s internal practices to promote diversity and the “bogus, B.S. diversity committees” she encountered at big law firms prior to forming her own practice. She said the company should instead try to diversify its ranks by making Google a more attractive place to work for women and minorities.

Damore, who sat next to Dhillon at the press conference, said he did not complain about the alleged discrimination he saw at Google internally prior to writing the memo. “We were sort of brainwashed to believe this was just the normal course of things,” he said. He has been unemployed since his firing, but said he would welcome an opportunity to be re-hired at Google.