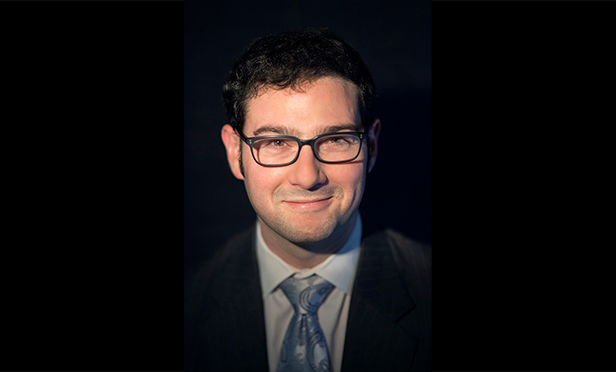 The so-called "Imperial Presidency" has its roots in a tale about a phony wedding contract, a femme fatale with a sharpshooter's eye, the notoriously hot-tempered former California Supreme Court Justice who fell in love with her, and a U.S. Marshal who killed him on a train while defending a sitting U.S. Supreme Court Justice.

The so-called “Imperial Presidency”—a term coined in the 1960s to describe the vast growth of presidential power in the 20th century—is back in vogue. An amorphous long-term war and a decade of flaccid Congresses have shone new attention on the executive’s unilateral exercise of authority.

That authority is indeed expansive, if not quite Caesarian. But it didn’t get that way overnight. The Imperial Presidency grew slowly, steadily, one political crisis and court decision at a time.

A Hollywood-worthy notch on that path was scored in 1890, in the waning years of the gun-slinging, mustache-twirling, Sergio Leone-inspiring California frontier. That’s when the U.S. Supreme Court decided In re Neagle, a case that held the president has a broad “implied authority” in the Constitution to allocate federal resources in whatever ways he deems necessary to execute the laws, even absent a specific Act of Congress.

How the court got there is the tale of a phony secret wedding contract, a femme fatale with a sharpshooter’s eye and a talent for grifting, the notoriously hot-tempered former California Supreme Court Justice who first represented and then fell in love with her, and a U.S. Marshal who killed him on a train while defending a sitting U.S. Supreme Court Justice’s life.

Once Upon a Crime in the West

By the 1880s, the first veneer of wealth had begun to spread atop San Francisco’s provincial frontier boomtown. The winner-takes-all hardscrabble of the California gold rush was giving way to the Paris of the West. Writers, inventors, and scammers all flocked to the city.

Into this awkward new urbanity stepped Sarah Althea Hill, a stunning and strong-willed libertine who had made a name for herself on the scandal sheets. Hill caught the eye of William Sharon, a former U.S. Senator from Nevada and president of the Bank of California who owned San Francisco’s Palace Hotel and had embraced his libido as a retired widower. Sharon took Hill as a paramour, and their affair lasted a year. Sharon paid Hill hundreds of dollars a month for her companionship, and when his attention finally drifted, he packed her off with a few thousand dollars of pocket cash.

Two years later, in 1883, an emissary from Hill, an Australian called Nielsen, arrived on Sharon’s doorstep and demanded he pay Hill tens of thousands of dollars more. Sharon threw him out. But then the emissary had Sharon arrested by city police on a charge of criminal adultery, predicated on a “marriage contract” he produced, purportedly between Sharon and Hill. The criminal charge went nowhere but, outraged, Sharon brought a lawsuit in federal court seeking to have the alleged marriage contract declared void on the ground that it was a forgery.

A month later, Hill filed for divorce against Sharon in California state court, on the grounds of his purported “adultery” and their secret marriage contract, demanding half Sharon’s assets under California’s community property laws—some $10 million, worth about $200 million today.

Hill retained retired California Supreme Court Chief Justice David S. Terry as her lawyer for the divorce. Terry was, by then, a legend. A former commander in the Confederate Army and jurist of the state’s highest court, Terry was known for his volcanic temper and willingness to use the bowie knife he carried around his neck. He had infamously shot sitting U.S. Senator David Broderick in an election-related duel in 1859.

Terry thought Hill’s suit would get a better reception in the state courts, so he tied up the federal litigation as much as possible while hurrying the divorce case along. The gambit paid off, and in 1884, the San Francisco court issued a divorce decree that deemed Hill’s claimed marriage contract legitimate and valid.

The federal court, meanwhile, gave Hill a cooler reception, and she had the bright idea to subtly push her case by showing up for the federal hearings to spin her six-shooter gun in the front row. The clumsy intimidation tactic didn’t work any better than it would today, and the federal court found in favor of Sharon and concluded the marriage contract was a forgery. The court further found that because Sharon filed his federal suit before Hill filed her state divorce petition, the federal courts, rather than the state court, had proper jurisdiction over the legitimacy of the marriage contract.

This conflict—a state court having ruled the marriage contract binding and the federal court having ruled it a sham—was untenable. The parties tussled, filing motions and appeals, getting nowhere. One of Hill’s witnesses was prosecuted for perjury; one of Sharon’s lawyers faced down a disbarment motion.

Meanwhile, the libertine Hill and her igneous lawyer Terry became romantically involved. They married in January 1886, despite a 30-year age gap.

The Good, the Bad, and the Justice

On Nov. 13, 1885, Sharon had his lawyers file a motion for new trial in the state divorce case. Later that day, Sharon died. 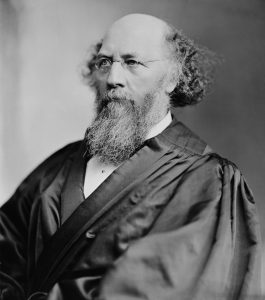 While the Terrys’ challenge was being considered, one of the other federal judges on the panel with Field, Judge Lorenzo Sawyer, happened across the Terrys on a train between Los Angeles and San Francisco. Sawyer later reported that Hill (now Mrs. Terry) stared at him menacingly, talked loudly about how she’d like to drown her antagonists in the San Francisco Bay, and somehow pulled Sawyer’s hair. Word of these threats wound their way back to Washington.

By this point, the press was paying attention. The federal courthouse was packed with reporters and spectators when, in September 1888, Justice Field read aloud the Ninth Circuit’s opinion, which affirmed the trial court’s finding that the marriage contract was a fraud and the federal court, not state court, had jurisdiction over the legitimacy of the agreement.

In the middle of Justice Field’s reading, Hill leapt to her feet with cries that Field was bribed, and grabbed for her gun. A federal marshal pounced and restrained her, but that just prompted Terry, her hotspur husband-lawyer, to leap in. The ensuing scuffle knocked out the marshal’s tooth, but Terry was eventually restrained. When he calmed down, the marshals released him, but as reporters and gawkers in the stands surged, Terry pulled his bowie knife and waved it around. So, the marshals once again grabbed Terry and disarmed him, prying the knife from his clenched fist. For her part, Hill was carried, kicking and clawing, from the courtroom.

The Terrys’ outburst and near-battle royale led the circuit judges to find them both in contempt of court. They summarily sentenced Terry to six months, and Hill 30 days, in county jail. Terry sought relief in the U.S. Supreme Court, but found none; President Grover Cleveland refused his request for a pardon. To add insult to injury, a federal grand jury indicted him for knocking out the marshal’s tooth.

As soon as her shorter sentence ended, Hill rushed to the San Francisco court to request it appoint someone to manage Sharon’s estate, hoping she could finally receive her share of the community property boondoggle that in all likelihood was the goal of the entire scheme. The federal court enjoined Hill from proceeding, but the state court—which had found the marriage contract valid and seen that ruling affirmed by the California Supreme Court—refused to recognize the federal injunction and went ahead, appointing an administrator for Sharon’s estate.

At the same time, Terry was fighting his contempt imprisonment. He pulled as many strings as he could to ensure he’d be released once he filed a motion for reconsideration. But Field caught wind and arranged its failure, publicly embarrassing Terry in the process. It was reported that Terry said he would kill Field for it, if he saw him again.

The next summer, 1889, Field got set to head west to hear cases in the Ninth Circuit as he did each year. Conscious of Terry and Hill’s various threats, California’s congressmen requested the U.S. Attorney General assign security to Field for his trip. David Neagle, a 35-year old deputy U.S. Marshal and former police chief of Tombstone, Arizona—host to the gunfight at the O.K. Corral—was picked for Field’s security detail.