The defendant gun designer and manufacturer, Sig Sauer, doesn't "confront the fact their gun is prone to defective firing and somebody's going to get killed unless they're recalled and fixed," said the ICE agent plaintiff, Keith Slatowski, who is represented in part by the Philadelphia-based law firm of Saltz Mongeluzzi & Bendesky.

A Pennsylvania-based U.S. Immigration and Customs Enforcement agent and former Marine has launched a defective design and breach of warranty lawsuit against the manufacturer of a striker-fired, semi-automatic pistol that, according to the suit, shot the agent through the leg without him ever touching the trigger.

The action lodged Wednesday in Philadelphia federal court by Keith Slatowski, an ICE deportation officer with 12 years of experience, alleges that the New Hampshire-based gun designer and manufacturer defendant, Sig Sauer, has faced numerous lawsuits nationwide over the allegedly defective design of its P320 semi-automatic service handgun, which was the government-issued weapon that Slatowski says fired on him last September as he did training rounds with it at U.S. Postal Service range in New Castle, Delaware. A half dozen lawsuits were filed simultaneously in federal court in three states April 30—including Pennsylvania—against the manufacturers and marketers of Paraquat, a herbicide allegedly linked to developing Parkinson’s disease. 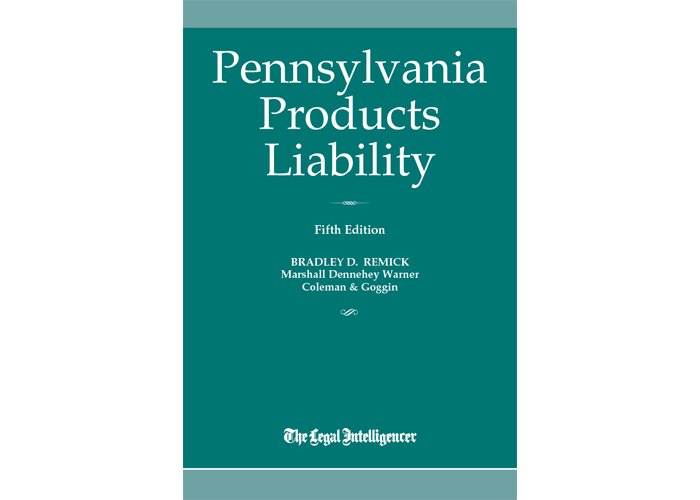 A comprehensive review of Pennsylvania Products Liability Law, offering analysis from the point of view of a trial attorney in this complex area providing guidance for...