The First Judicial District has announced plans to begin holding jury trials starting Jan. 21. According to the notice, the court will hear cases from the major jury, arbitration appeal, mass tort and commerce programs. While some court systems suspended their procurement rules to quickly implement videoconferencing tech during the pandemic, in others, judges were left to take matters into their own hands. After nearly 11 years of legal battles, the U.S. Supreme Court recently issued a decisive ruling in favor of Google over Oracle America, Inc., in a software copyright dispute. 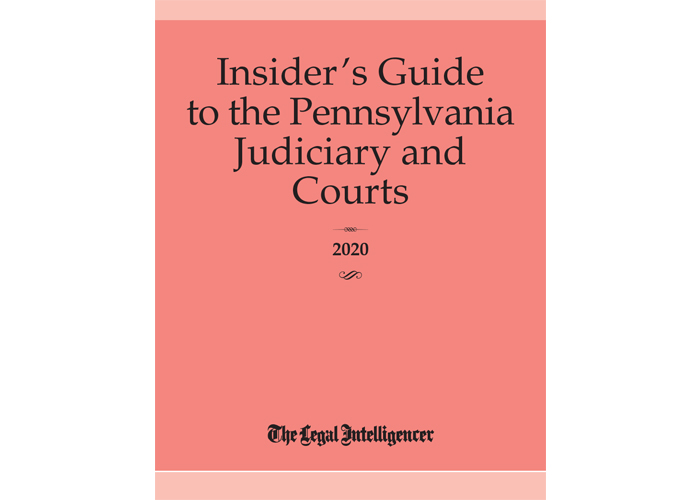 The Insider's Guide to the Pennsylvania Judiciary and CourtsBook

An Insider's Guide to Pennsylvania's Judiciary and Courts includes biographical contact info on every judge in the state, including private practice background, membersh...