The Hulu miniseries ‘Mrs. America’ portrays the campaign to ratify the Equal Rights Amendment in the 1970s through the character of Phyllis Schafly, played by Cate Blanchett.

On the other side of the issue are a Who’s Who of the feminist movement, including writers and activists Gloria Steinem and Betty Friedan and presidential contender Shirley Chisholm.

On this Legal Speak podcast, we catch up with Brenda Feigen, a real life lawyer in Southern California whose story is woven into the show’s plot. Feigen’s 2000 memoir, Not One of the Boys: Living Life as a Feminist,  has just been released as an e-book.

Feigen, now in her 70s, describes what is what like to watch her character’s scenes and talks about her experiences as a feminist activist, including working alongside now-Supreme Court Justice Ruth Bader Ginsburg at the ACLU’s Women Right’s Project. 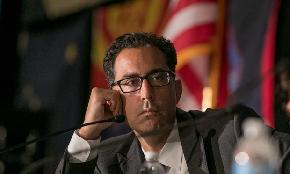 “It’s becoming more and more obvious that we’re dealing with institutions that really don’t seem to care,” said U.S. District Judge Vince Chhabria. “They don’t actually care about the thing they should be caring about, which is avoiding the spread of the virus.” 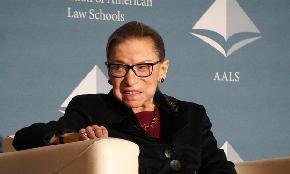 Legal Education's Biggest Annual Event Will Be Virtual in 2021

The Association of American Law Schools is lowering the cost to attend its annual meeting, now that the January event will be online. 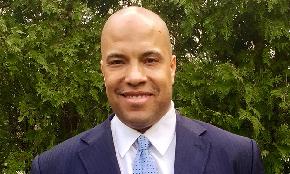 Wigdor attorneys said Donald Lewis had "dragged" their client into the "food fight" with Pierce Bainbridge to punish her for raising the allegations in the first place.