The right to counsel is a fundamental part of the fabric of our nation’s justice system. It is integral to our adversarial system of justice. And it ensures that individuals facing the loss of liberty are on an even playing field.

The right to counsel is a fundamental part of the fabric of our nation’s justice system. It is integral to our adversarial system of justice. And it ensures that individuals facing the loss of liberty are on an even playing field.

Across the country, publicly designated defense lawyers advocate on behalf of those accused of crimes who cannot afford a lawyer. The challenges they face are many—high caseloads, inadequate funding and a system that often seems stacked against them. But they nonetheless are expected to fulfill their constitutional duty to be zealous advocates on behalf of their clients. And to do so, they must have the independence to advance their clients’ interests over those of anyone else. These principles form the bedrock of the criminal legal system; when they are eroded, we cannot have faith in the integrity of our system.

Recent deeply troubling events in Montgomery County, Pennsylvania, have undermined confidence in the independence that is required of public defenders. Last week, the county’s Board of Commissioners fired the two leaders of the Montgomery County Public Defender Office, Dean Beer and Keisha Hudson, shortly after they had filed an amicus brief recounting injustices in the county’s bail practices. In a strongly worded legal filing supporting an ACLU lawsuit, these defenders sought to promote the interests of clients they were charged with representing. They described concerning rulings to detain a nursing teenage mother with no criminal record, held on $50,000 bail with no access to a breast pump, and an indigent woman jailed on $5,000 bail for taking a bottle of wine. They are also underscored the county’s current failure to provide representation to individuals facing a loss of liberty at all-important bail hearings. As they aptly noted, “the law governing bail practices directly affects our clients, their families and the communities we serve.”

While Beer and Hudson were seeking to advocate on behalf of the most vulnerable—exactly what their job required of them—for reasons yet to be explained, their brief was abruptly withdrawn eight days after it was filed, and very soon thereafter the county fired them.

Not surprisingly, these events have sent shock waves through the defense community—both in Pennsylvania and around the nation. While the county in response issued a general statement on “cash bail reform” supporting “the vitally important work of the public defender’s office,” they have failed to offer any explanation for the disturbing chronology that suggests an effort to silence lawyers who exposed the harm people suffer under the current bail system. Nor has the county addressed the absence of counsel at initial bail hearings. In the face of this silence, all are left with a chilling message that client-centered advocacy is discouraged and other defenders cannot help but fear the consequences of fiercely fighting for one’s clients and advancing a position that exposes systemic injustice.

The integrity of our criminal legal system depends upon the willingness of defenders who work within it to be advocates in every sense—for individual clients and also for a system that is systematically fair and just. When advocates believe they will be removed from their jobs because they have fought for what is right, they will stop doing so. The most vulnerable will suffer. And the integrity of our entire justice system will be undermined.

Further, there was nothing outrageous about the position these defense lawyers took in advocating for a fair bail process that includes a right to counsel at hearings where bail is set. Indeed, in the very same month, 44 current and former elected prosecutors and state attorneys general from across the country joined Fair and Just Prosecution in filing an amicus curiae brief in the U.S. Court of Appeals for the Fifth Circuit in Booth v. Galveston, as did the National Association of Criminal Defense Lawyers, advancing this exact position and supporting a defendant’s right to counsel at initial bail hearings. We embrace this view because all of us, prosecutors and defenders alike, have an obligation to ensure that our system operates with integrity, equity and respect for human dignity. Just as prosecutors and defenders embrace and understand the need for independent and capable defense representation.

The circumstances surrounding these events raise serious questions about whether public defense in Pennsylvania, especially Montgomery County, is independent and free to advocate openly for the people it is supposed to serve. And the stakes could not be higher. Undermining a defense attorney’s ability to vociferously defend clients should concern us all. As the U.S. Supreme Court explained, “a defense lawyer best serves the public not by acting on the state’s behalf or in concert with it, but rather by advancing the undivided interest of the client.” If we care about the integrity of our justice system, we must demand an explanation. Absent one, prosecutors and defenders should join together, just as we have here, to condemn these disturbing events.

Norman L. Reimer is the executive director of the National Association of Criminal Defense Lawyers.

Miriam Aroni Krinsky is a former federal prosecutor and is the executive director of Fair and Just Prosecution, a national network of elected prosecutors committed to new thinking and innovation. 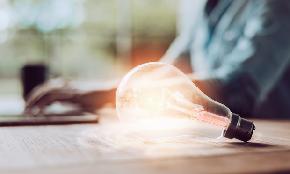 In The Legal's Intellectual Property supplement, read about how ADR can benefit IP cases, subject matter eligibility challenges and get some tips for securing patents for AI inventions. 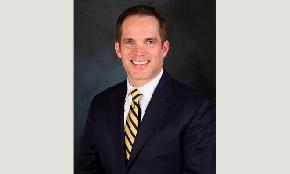 Minimize Coronavirus’ Impact on Your Firm by Embracing the Cloud 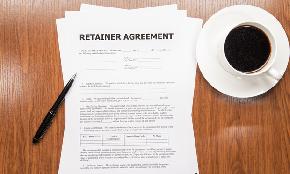 While the trial court's opinion had noted procedural differences between arbitrating a case and litigating it in court, Olson said those differences did not amount to a limitation that would run afoul of the professional conduct rules.

lt;pgt;The greatest challenge for attorneys dealing with eDiscovery is simply keeping up with changing rules and technologies. This handbook is designed to help attorneys...