The firm ejected Ian Siminoff after a barrage of misconduct allegations by a former staff member in a lawsuit Wednesday morning. 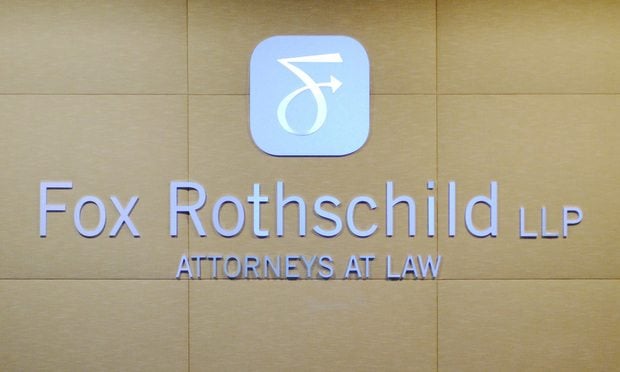 Fox Rothschild fired a labor and employment lawyer in its Morristown, New Jersey, office on Wednesday, just hours after he was named in a federal lawsuit alleging “pervasive unwanted sexual comments, advances, requests and other similar conduct” at the firm, including an attempted rape.

Stephanie Jones, 58, filed a complaint Wednesday in the U.S. District Court for the Southern District of New York against the Philadelphia-based Am Law 100 firm and counsel Ian Siminoff.

In a statement Wednesday afternoon, Fox Rothschild said it fired Siminoff in the morning. The firm’s statement said it was “disturbed” by the allegations in Jones’ complaint.