From the Legal Pad to the iPad Pro: The End of Paper Is Near

In 2008, Richard Susskind, the noted author of books predicting upcoming changes in the legal profession, wrote the "End of Lawyers: Rethinking the Nature of Legal Services." It was a fascinating warning about the need for lawyers to adapt to emerging technologies that are affecting the delivery of legal services.

In 2008, Richard Susskind, the noted author of books predicting upcoming changes in the legal profession, wrote the “End of Lawyers: Rethinking the Nature of Legal Services.” It was a fascinating warning about the need for lawyers to adapt to emerging technologies that are affecting the delivery of legal services. In an earlier unrelated book written in 2005, titled “The Singularity is Near: When Humans Transcend Biology,” inventor and futurist Ray Kurzweil predicted the eventual merger of humans and machines into a super-intelligent computer-based species. While the theories of these technological prophets are controversial, there is no doubt that some aspects of their predictions are already being realized. The practice of law is changing because of technology that is advancing geometrically, and it is indeed foreseeable that computer power will one day exceed the processing power of the human mind. Although I do not know whether all of the grand predictions of Susskind and Kurzweil will come true, I am certain that lawyers who fail to embrace new technologies run the risk of obsolescence and, even, malpractice.

On June 7, 2011, I wrote an article titled “From Legal Pad to iPad: Using Tablet Computing to Increase a Lawyer’s Efficiency,” that was published in The Legal Intelligencer. As an early adopter of the iPad that had been introduced by Apple in 2010, I recognized that an electronic tablet could enhance my ability to practice law. Although Apple originally marketed the iPad as an alternative to “netbooks,” which were scaled-down Windows laptops, the original 9.7 inch iPad that I wrote about has since developed into the iPad Pro with Apple Pencil support. Even though I saw the original iPad as a game changer for lawyers, that early device pales in comparison to the updated iPad Pro. 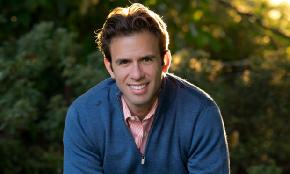 Your Firm Should Go All In On Thought-Leadership Marketing Now

A new study shows that organizations are paying attention, and buying services because of, thought-leadership marketing.