Facing a different statute of limitations in each of Texas’ 254 counties doesn’t appeal to civil litigators, who are pushing the Texas Supreme Court to change a provision in a COVID-19 emergency order.

The high court in its very first emergency order gave Texas courts the discretion to extend limitations during the pandemic.

But in a letter to the high court, a coalition of bar associations and plaintiffs and defense attorneys associations took issue with the part of the March 13 first emergency order that said, “All courts in Texas may extend the statute of limitations in any civil case for a stated period ending no later than 30 days after the governor’s state of disaster has been lifted.”

The tricky part is the word, “may,” explained Jim Perdue Jr., president-elect of the Texas Trial Lawyers Association, who started reaching out to legal organizations about the issue.

That word gives each court in Texas the discretion to extend— or not to extend—limitations. It could mean each of the counties in Texas—or even different courts in the same county—observe a different statute of limitations until the coronavirus pandemic is over.

The coalition in the letter includes presidents of the State Bar of Texas, the bar’s litigation section, and bar associations in Austin, Dallas, Houston and San Antonio. Also, the Texas Chapter of the American Board of Trial Advocates, Texas Association of Defense Counsel, and Texas Trial Lawyers Association signed on.

The letter suggests two proposals for the Supreme Court to fix the issue.

The first idea is that the Supreme Court should make it mandatory statewide for the civil statute of limitations to be tolled from March 13, to 75 days after the governor lifts his state of disaster order.

The second proposal is that if a lawsuit faced a deadline that fell between March 1 and 30 days after the state of disaster order is lifted, then that deadline ought to be extended until 75 days after the disaster declaration is over.

The coalition agrees the high court should put out “a clear-non-permissive order relating to the statute of limitations,” because it would help parties and all lawyers.

When Perdue emailed the letter to Texas Supreme Court Clerk Blake Hawthorne and to Rules Attorney Jaclyn Daumerie, he explained that all of the legal groups that signed the letter agreed that some change needs to happen, but the court should do the final analysis on the two proposals.

“I hope the court will consider this request as well founded, with broad support in the bar, and offered in the hopes that practices can be helped by this clarification in these quite challenging times,” Perdue wrote in the email.

Perdue said in an interview, “We’ll just see what the court does.” 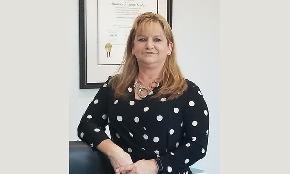 This Ex-Judge Was Wrongfully Convicted, but She Can't Touch 3 of 4 Texas Prosecutors Behind Her Indictment

The litigation can proceed against Christopher Milner, a Collin County assistant district attorney, who headed an investigation from 2008 to 2010 that ended with the then-judge's indictment. 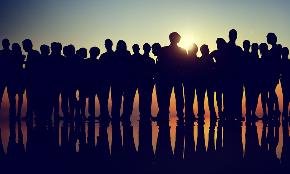 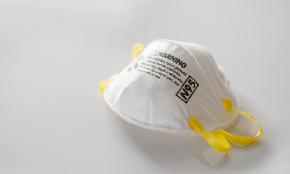 Can Judges Force People to Wear Face Masks in Court? This Texas County Wants to Know

Harris County has requested an attorney general opinion about the county's legal authority to require people to wear face masks in courthouses. 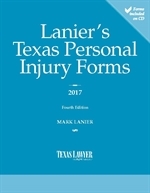 Written by renowned personal injury attorney Mark Lanier of the Lanier Law Firm, this forms book will guide you through your entire PI case, soup to nuts.