As shelter-in-place orders take effect this week, judges are beginning to conduct video conferences and trying to overcome the challenges of the virtual hearings.

Although courts are technically exempted from shelter-in-place orders, because they fill an essential government function, many judges, still want alternatives to in-person hearings, because they’re trying to reduce exposure to the coronavirus for the public, their staff and themselves.

The Texas Office of Court Administration has them covered.

The office has signed up more than 400 judges around Texas with accounts to use Zoom video conferencing, and is getting more courts connecting on a rolling basis. A webinar yesterday was maxed out at 500 participants to teach judges to set up Zoom, create YouTube channels, and learn to hold court hearings remotely and stream them live on the Internet. In the webinar and other tutorials, the office even gave tips about what to wear, how to position the camera and background for the best shot, lighting tips, and more.

“I couldn’t be prouder of the Texas judges than I am right now. They fully embraced this, even with the uncertainty and change and anxiety that comes with this,” said David Slayton, administrative director of the Texas Office of Court Administration, during a video interview on Zoom. “Judges are just jumping right in. They understand the importance of trying to keep the judiciary operating as a stable part of the government amidst this instability.”

Yesterday, he said, judges who are linked to the office’s Zoom account held 92 court hearings.

In this new way of conducting court, many issues are arising.

470th District Judge Emily Miskel of McKinney said she considers herself tech savvy and thought she’d adapt easily to video hearings, but she acknowledges there have been some challenges. She has to coached attorneys and participants about how to get on Zoom, and says hearings begin with a five- to 10-minute lag time as people get connected.

Miskel said she can only do four Zoom hearings every day, compared with her pre-coronavirus 13-case daily docket. Her court has no capacity for nonessential cases.

“We really are having to focus on essential stuff: Emergencies, things that are urgent,” she said, noting she’s started encouraging attorneys in nonessential cases to seek out mediators to help resolve their disputes.

Judge Dennise Garcia of Dallas County’s 303rd Family District Court also said she must learn how to get evidence into the record, which is possible electronically with Zoom.

Slayton said some judges are using Dropbox to allow attorneys to share evidence, while others are using email. During a hearing, a judge can put evidence on his or her own computer and then share the screen to make sure everyone knows which evidence is being discussed, he said.

While bench trials will go on in Garcia’s court, she noted that jury trials aren’t possible to do remotely.

“Those are completely suspended,” Garcia said. “The other types of hearings that we have, we’re getting to where we’re doing all of them remotely.”

125th District Judge Kyle Carter of Houston said that hearings with fewer parties run more smoothly than larger-size video conferences. It’s a problem when a participant is in a noisy environment, since Zoom’s audio and video automatically switches to the noise.

“You need to be aware of the possibility the ambient noise would impact the record being taken and arguments being made in the hearing,” Carter said.

He added that he’s concerned about maintaining access to justice, since not every lawyer or litigant has the best computer and Internet connection. Some low-income pro se parties may have nothing.

“We are just doing the best we can to recognize the encumbrances, and ensure every citizen has their day in court and access to justice,” Carter said.

127th District Judge R.K. Sandill of Houston said that his court coordinator is the one who sends out video conference invitations to parties and lawyers, rather than the email coming from the judge’s account.

“We did that on purpose, to eliminate any ex parte communications that may pop up,” he said.

Sandill said he enjoys Zoom’s “breakout rooms” function, which allows selected participants to talk privately. His court coordinator started creating a separate breakout room, for each case number on the docket, that included only that case’s lawyers and litigants. They talk in private until the court takes up their matter.

“A lot of times, lawyers chat and get a lot of things resolved,” Sandill noted. “That’s been helpful to us.”

Zoom has an option to create a video conference as “public” or “private.” Sandill was using the public meeting option to keep his court proceedings open, but found out that any person who joined in would be able to “hijack” the meeting. From now on, he’ll only set up private video conferences with the proper parties and lawyers, and use YouTube to make the hearing public.

Sandill added that courts are supposed to be the only one with a copy of court proceedings—meaning the official court reporter transcript. Therefore, after he streams his hearings live on YouTube, he deletes the videos.

Slayton, the court administration director, said that some judges have added an admonishment to the start of their video hearings that anyone who is participating or watching is not allowed to record the video.

He noted that many judges are relying on court staff to handle the technology side of Zoom conferences. It’s too distracting for a judge to do his or her job, and also worry about muting and unmuting speakers, or adding and removing participants from the meeting.

For example, a witness must be kept out of the main conference until he or she gets called in to testify. Judges have thought about admonishing witnesses that they’re not allowed to watch the live stream of the proceeding, he added.

“It’s a learning experience, and we are working through this together,” Slayton said. “Judges are being very creative and forward thinking about how to use the technology and accomplish anything they would be able to in a courtroom.” 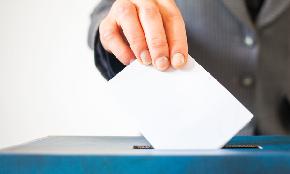 Here Are the Judicial Runoffs That Were Just Waylaid by Coronavirus

Moving the runoff election from May 26 to July 14 impacts at least 30 judicial candidates in 15 races spread across Texas. 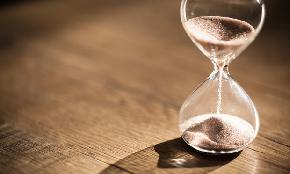 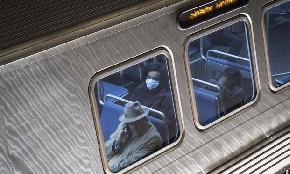