While some degree of lateral movement is common and unavoidable, many of these steps that firms can take go a long way to minimize attrition and help retain Texas’ top Big Law talent.

A strong state economy and robust legal market in Texas have created an explosion in Big Law lateral career opportunities, with some of the nation’s largest and most successful AmLaw firms opening new Texas offices and merging with Texas firms. In the past 12 months alone, there were about half a dozen of these new office openings and several firm mergers throughout the state, providing competitive options for lawyers in Texas who are opportunistically seeking their next career move.

According to Parker + Lynch Legal’s research and market intelligence, the number of lateral moves in Texas has progressively grown over the past two years, with lateral hires increasing by more than 30 percent in 2017 and by more than 20 percent in 2018. The rate of lateral moves in Texas seems to be competitive on a national level. Data from ALM Intelligence evaluating partner hires at AmLaw 200 firms placed Houston, Dallas, and Austin within the top 20 most active markets in the country, competing with cities like Boston and San Francisco. After Down 2020, Analysts See 'Full-Bore' Appetite for Big Law Mergers in '21

Law firm consultants point to increased interest for large firm mergers and continued interest in expansion in the South. 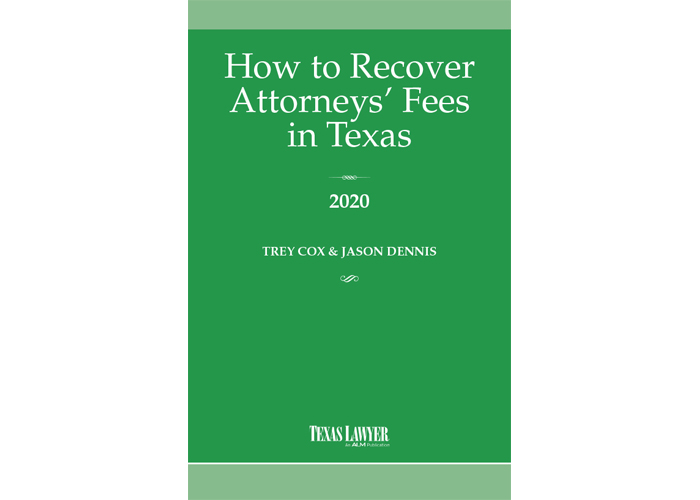 How to Recover Attorneys' Fees in TexasBook

A complete, step-by-step guide for practicing attorneys to help them win and defeat attorneys' fees claims at trial.