Supreme Court Amicus Curiae Review: 'Friends of the Court' Roared Back in 2017–18 Term

Four things dominated the Supreme Court’s 2017–18 term: wedding cakes, immigration, unions—and amicus curiae. After a relatively quiet 2016–17 term, friends of the court roared back last term, with amici participating in every argued case and filing more briefs than ever.

In our eighth year analyzing the high court’s amicus curiae docket for the National Law Journal, we found that amici—organizations and individuals spanning the ideological spectrum—continued to garner attention, with the justices regularly citing amicus briefs in their opinions and even jousting over them during oral argument. 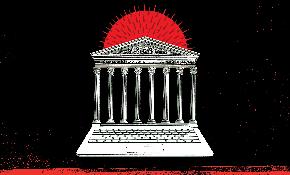 The US Supreme Court begins its historic first-ever phone arguments this morning, and we've got a look at the lawyers arguing today and next week. Thanks for reading, and we hope you are safe and well. Former clerks are facing off as arguments resume. Plus: a former Sotomayor clerk has joined Cooley. Scroll down for headlines: 'Meet SG3' Good morning and welcome to Supreme Court Brief. The justices' "shadow docket" is set to see the spotlight tomorrow in the U.S. House. The court will hold its first conference in four weeks on Friday and they turn to February telephonic arguments on Monday. Why did the late Chief Justice William Rehnquist side with Hustler publisher Larry Flynt in 1983? Scroll down!