Investors had accused the online review site of propping up its earnings by coercing businesses into buying ads to get fake negative reviews removed.

A federal appeals court on Tuesday upheld a ruling that tossed a securities class action lawsuit against Yelp Inc. claiming the online review site misled investors about the reliability of its reviews and how they’re filtered.

Plaintiffs, represented by lead counsel at Robbins Geller Rudman & Dowd, had accused Yelp of propping up its earnings by coercing businesses into buying ads to get fake negative reviews removed from the site. They alleged that stock prices tanked after an April 2014 Wall Street Journal article cited 2,046 complaints to the Federal Trade Commission about the company’s practices. 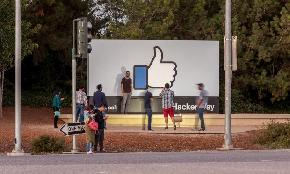 As a result of the settlement, anyone seeking to place housing, employment or credit ads on Facebook will no longer be allowed to target consumers based on their age, gender or ZIP code.